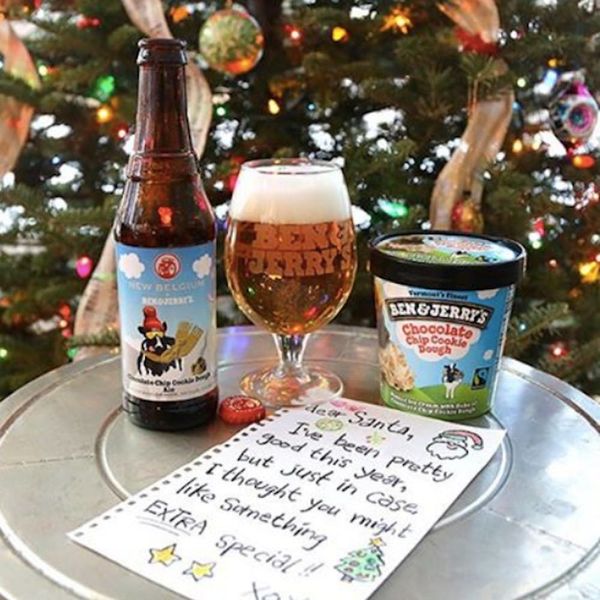 2017 is shaping up to be a boozy one!! On the heels of Keurig’s announcement for plans of a booze-brewing machine and the invention of actual shower beer, a rumor is now circulating that Ben & Jerry’s might be in the market to make some bourbon flavored ice cream.

Though the company told Bustle it’s keeping its plans under wraps for now, Thrillist has ferreted out that Ben & Jerry’s has applied for a trademark on the name “Urban Bourbon,” and Walmart seems to have a premature listing for that very item.

Instagram account @candyhunting is going so far as to proclaim the flavor will hit shelves in a few months, describing the new treat as a “burnt caramel ice cream with almonds, fudge flakes and bourbon caramel swirls.”

Those looking to catch an actual buzz will want to turn to other measures, however: The ice cream, should it come to fruition, will likely have such low levels of alcohol infused that it will be safe for even children to eat, similar to the company’s now discontinued Bonnaroo Buzz.

For when you want to leave an extra special treat 🎅🍻

For now, as Bustle points out, you can get your fix with the company’s collaboration with New Belgium beer company, which has yielded a cookie-dough flavored beer. (Um, yum?)

Fingers crossed this rumor sees the light of day, and soon!

Bourbon ice cream: Yay or nay? Share with us @BritandCo.

Nicole Briese
Nicole is the weekend editor for Brit + Co who loves bringing you all the latest buzz. When she's not busy typing away into the wee hours, you can usually find her canoodling with her fur babies, rooting around in a bookstore, or rocking out at a concert of some sort (Guns N' Roses forever!). Check out all her latest musings and past work at nicolebjean.com.
Dessert Recipes
Food News
Dessert Recipes Ice Cream
The Conversation