11 Celebrity Birthday Outfits to Copy for Your Big Day 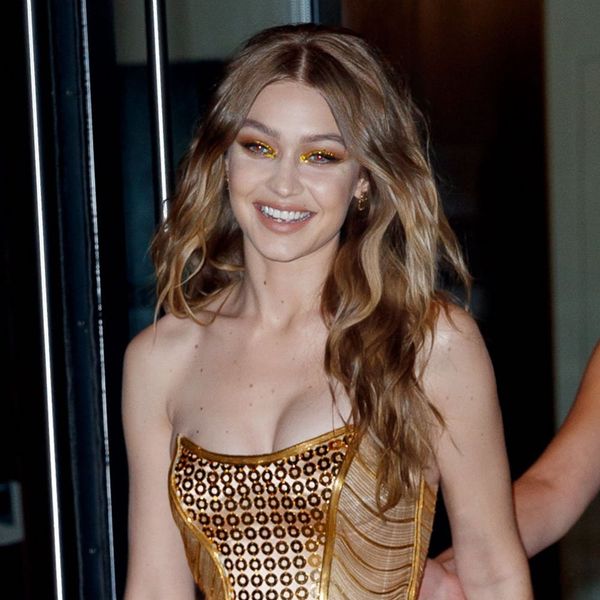 For some of us, birthday planning begins immediately after our last one ends — and celebrities, well, they tend to do it bigger and wilder than the rest. To go with their elaborate themes, red carpet regulars are known to rock extravagant outfits that would have even the most jaded party-goer doing a double take. We’ve rounded up a list of some of the best celeb birthday suits (lol) to pin before your next bday bash.

Dirty 30! I’m not sure what I’m going to do for the next 30 years as I’ve been blessed beyond words in my life so far. Thank you to everyone for coming along for the ride the last 11 years with me. My family and friends for entertaining my super fandom of the Titanic movie. Last night was the best night of my life. Here’s a couple pics. I’m absolutely fucked, not sure I’ll make it out the house again! Ps Childish Gambino how the hell do you have time to offer us so much greatness on so many platforms. I adore you x

1.Adele’s Titanic-Themed Costume: The “Hello” singer celebrated her 30th birthday on May 5 dressed up as Rose DeWitt Bukater for an epic Titanic-themed party (and yes, it included lifejackets). On Instagram, she wrote, “Dirty 30! I’m not sure what I’m going to do for the next 30 years as I’ve been blessed beyond words in my life so far. Thank you to everyone for coming along for the ride the last 11 years with me. My family and friends for entertaining my super fandom of the Titanic movie. Last night was the best night of my life. Here’s a couple pics. I’m absolutely f—, not sure I’ll make it out the house again!”

2. Kendall Jenner’s Throwback Vibes: To ring in her 21st, the model wore a $9,000 replica of Paris Hilton’s silver birthday dress from the early aughts. She captioned a pic via Instagram, “vintage Paris Hilton vibes.” (Photo via wowcelebritytv/Bauer-Griffin/GC Images)

4. Kate Hudson’s Hot Mess Outfit : Kate Hudson definitely has a sense of humor about her bday, and the Marshall actress threw a Hot Mess-themed party in honor of her 37th year back in 2016 (she had the same theme for her 36th as well). Guests showed up in mini-skirt wedding dresses, tuxedo shirts, and smeared makeup. As for the birthday girl, she opted for a white crop top, a crimped ‘do, fishnet tights, and a tutu.

5. Gigi Hadid All-Gold Ensemble: For her golden birthday (she turned 23 on April 23!), Hadid glittered in an all-gold mini by Versace with 24K nails, eye makeup, and accessories as well. (Photo via Gotham/GC Images)

finally met my fav! thank you for making my night so special! I’ll never forgive you for looking this good at my party tho ❣️

6.Rihanna’s Celebratory Haute Couture: The Fenty Beauty founder rang in her 30th on February 20 in a voluminous magenta ruffled Saint Laurent bodice that came straight off the runway. The “Love on the BRain” singer celebrated with close friends and family in New York City, and yes, Toni Braxton made an appearance.

7. Jennifer Lopez’s Very Naked Birthday Mini: It definitely takes some confidence to pull off a naked dress this naked, but J.Lo knows how to do nude… on her birthday no less! She and her boo Alex Rodriguez hosted a joint birthday in July of 2017 (Their bdays are just three days apart.) in Miami, where she sizzled in a teeny, sheer black Bao Tranchi dress.

The best bday party I've ever forced anyone to throw me.🙆🏻🎉 Thanks to everyone who came ready w polyester prints, bubblegum cigarettes and 60s-acceptable sexual innuendos. I really love you guys. I feel like a very lucky 32yr old girl for so many reasons. Thanks @chefemklein for making one of theeeee best meals I've ever had (on both the ground and in the sky), the team at Lip Sync Battle for making my Bingo dreams come true, @panamexperience for truly having the most entertaining crew imaginable, and my husband for indulging me in every way possible. Everything is better with you and Lu. Well, not everything is better with Lu... honestly kids can kinda be a buzzkill sometimes. But we won't tell her and I'll delete this before she can read. 💕✈️🍸👨🏼‍✈️👜🚬

8.Chrissy Teigen’s Retro Bday Look: Teigen definitely knows how to throw a damn good theme party, and for her 32nd in November of last year, she had a Pan-Am themed party on a plane… complete with a crew! Guests showed up to the event in full ’60s garb, and the list included hubby John Legend, Kim Kardashian, and Kanye. Teigen stunned in a pink peplum skirt suit, a black beret, and gloves.

9. Madonna’s Gypsy Wear: For her 59th birthday, the Material Girl hosted an intimate family affair in Puglia, Italy. She wore a teal-toned bodice with a shimmery emerald-colored corset, a ruffled green skirt, and a top hat.

10.Nicole Richie’s Disco Dress: For her 35th birthday in 2016, Richie had a disco-themed soirée at The Standard in West Hollywood. The House of Harlow designer had on a shimmery gold lamé dress, big ’70s-esque hair, and bold, glittery eye makeup as she celebrated with friends and family (like her pops, Lionel Richie!).

11.Katy Perry’s Grease-Inspired Bday Getup: For her 32nd in 2016, Perry had an outrageous Grease-themed affair where she dressed up as the principal of Rydell High. The “Roar” singer sported a HUGE yellow bouffant, an exaggerated cat eye, and school administrator-appropriate suit.

Did you have a theme for your birthday? Tweet us @BritandCo!

Kimberly Wang
Kimberly Wang writes about all things pop culture, tech, style, and beauty. She's a Bay Area transplant and has an MFA in Creative Writing from Columbia University. On a sunny New York day, you can find her hanging out with her mini schnauzer Isabelle Jellybean on a blanket in Central Park.
Birthday
Celeb Style
Birthday Celebrity Style
More From Celeb Style