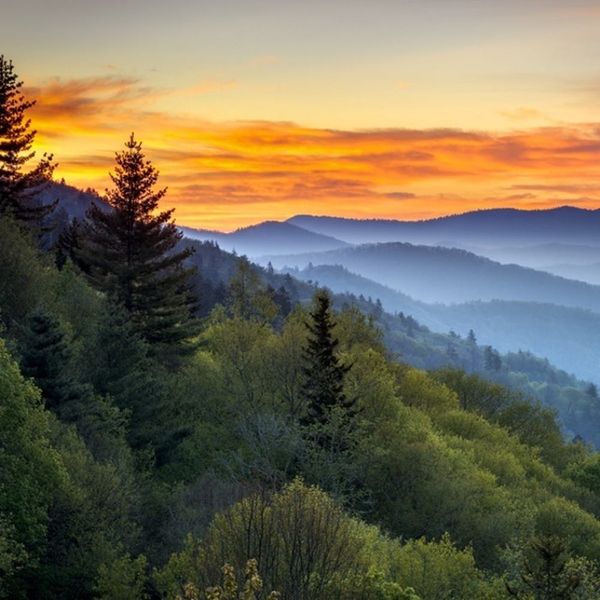 Traveling to remote, off-the-beaten path destinations is exciting, but sometimes the mood calls for a good old-fashioned vacation. The kind of places you visited with your parents as a kid have the potential to give you all the feels as a grown up. Go back with your S.O. to recreate the magic of simpler days when you didn’t have to worry about hitting up all the trendiest neighborhoods and Instagrammable bars. These nostalgic locales are packed with activities, gorgeous views, unassuming restaurants, and a fine roster of hotels that give you the option to stumble onto something fun (minimal planning required) or do nothing at all.

Mont-Tremblant, Quebec, Canada: The second ski resort built in North America is equally enchanting in winter — when the snow bunnies take advantage of the ski-in cafés — as in fall and summer — when adventure abounds in the form of ziplining, biking, and hiking.
Gatlinburg, TN: From moonshine to Moonpies, everything there is to love about Southern kitsch converges in this neck of the woods. The surrounding Smoky Mountain sunsets don't hurt either. (Photo via Visit My Smokies)
Taos, NM: One of the artsiest towns in the US is also one of the prettiest. Distinguished by the Sangre de Cristo Mountains, Taos boasts a recently renovated ski resort, hot air balloon rides, and a 1,000-year old adobe pueblo UNESCO World Heritage Site. (Photo via Getty)
Eureka Springs, AR: Victorian architecture sets the stage for this Ozark Mountain hideaway dotted with charming storefronts, cobblestoned streets that wind up narrow alleys, and folklore galore. Stay at the Crescent Hotel, known for its stately rooms and ghost-hunt weekends in January. (Photo via Crescent Hotel)
Estes Park, CO: In addition to serving as base camp for Rocky Mountain National Park, Estes Park has cozy mountain homes to rent, naturalist art, and a growing craft drink scene. Sample the mountaintop ales and spirits at Elkins Distilling Co., Rock Cut Brewing, and Lumpy Ridge Brewing — all of which have food trucks parked outside most days. (Photo via Visit Estes Park)
Ashland, OR: If you're into running, book it to southern Oregon, where the Ashland Trails Project supplies more than 50 miles of outdoor terrain to fly. Come down from your runner's high with dinner and a show — the Oregon Shakespeare Festival puts on performances every season except winter, and the local wine scene is quite great too. (Photo via Stay Ashland)
Hermann, MO: Missouri's Rhineland towns come to life during Oktoberfest (the closest you get to the real thing in the States), but you won't be disappointed visiting picturesque Hermann any other time either. The 1800s German sister-town is known for its Greek Revival architecture and locally grown wines, beers, and sweets. (Photo via Getty)
Park City, UT: This town has traditionally been so dog-friendly it's referred to as "Bark City" by locals. Load up your love and your pups and check into the Waldorf Astoria before hitting up the patio-dense Main Street. (Photo via Waldorf Astoria Park City)
San Miguel de Allende, Guanajuato, Mexico: San Miguel de Allende is arguably one of the most magical towns in Central America. Artists flock here for inspiration, and romantics come for the undeniable warmth that hangs in the air. (Photo via Visit Mexico)
Blowing Rock, NC: Named for a 1,500-foot-high outcropping where northern winds blow upward, Blowing Rock is the fabled site where it's said a Cherokee warrior fell into the abyss but was safely delivered back to his lover's arms. In town, you'll find quaint antique shops and mom-and-pop restaurants, as well as one of the prettiest drives around on the storied Blue Ridge Parkway. (Photo via Blowing Rock Tourism Authority)
Stephanie Granada
Stephanie Granada is a freelance writer and editor, who splits her time between Colorado, Miami, and NYC. When she's not locked down in research-mode, reporting a travel story on the road, or identifying areas to bolster the Hispanic community, you'll find her playing outside, working out, or hiding out with a book. Happiness to her is hiking up a mountain, swimming in a beach of her native Colombia, powering through a hellish boxing class, or getting lost in a story with a glass of something delicious — preferably whiskey — in-hand.
Travel
Travel
Travel
More From Travel