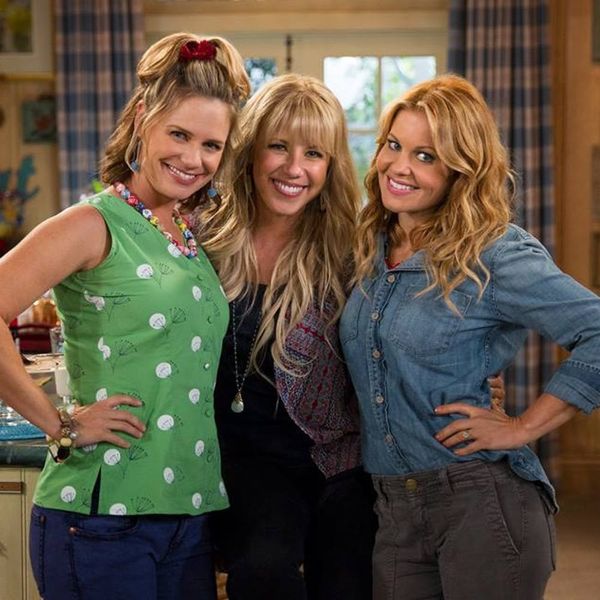 When Fuller House hit Netflix, fans of the original show jumped right back on board to see the Tanner kids are all grown up with a jam-packed abode of their own. Then the announcement came that a second season was in the works, which is pretty darn awesome, because we all need to find out what happens with the DJ/Steve/Matt sitch.

Joey’s wife, Ginger, will be an “enthusiastic, upbeat, fun-loving magician,” according to the folks over at TVLine. Although she can perform a skilled trick or two, she’s also apparently “a little clueless in the parenting department.” Gotta wonder what kinds of antics that will surely lead to.

No specific deets on the kids are available yet, but we do know that Joey and Ginger, who live in nearby Las Vegas, natch, will be crashing the Fuller/Tanner/Gibbler Thanksgiving in the sixth episode.

With no release date yet for season two, we’ll just have to watch the first season over again until we can head back to that filled-to-the-rim (or “fuller”) house.

Are you excited to meet Joey’s wife, Ginger, and their kids? Tweet us @BritandCo!