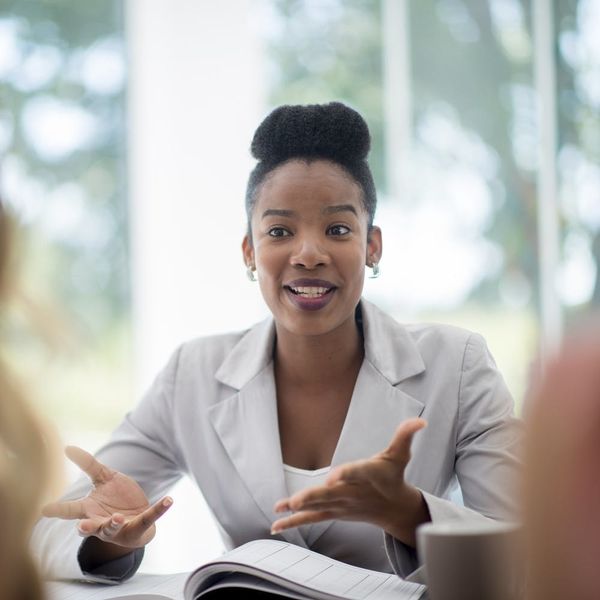 There are so many factors that determine whether your job hunt will lead to your next great gig or months of infuriating frustration. Along with worrying about whether you have enough experience, finding a rare opening at a company you love, and combating impostor syndrome, job candidates also have to take into account a myriad of other factors — including if their LinkedIn profile and social media profiles are up to snuff.

Factoring in all of this, searching for a new gig is hard enough without having to hear the horror stories of ideal candidates making costly interview slip-ups. According to a new survey from recruiting solutions company JazzHR, you may want to pay attention to your interview etiquette if you’re serious about impressing your future boss. Surveying more than 500 hiring professionals from across the country (of varying ages and income levels), JazzHR uncovered several common deal breakers that could prevent you from getting that dream job.

So what are these serious mistakes, you ask? Well, it turns out, most of them are pretty obvious. For instance, if the candidate is not authorized to work in the US, 86 percent of hiring managers said they would not hire the applicant. Furthermore, 76 percent of hiring managers said they wouldn’t consider someone who appears arrogant, 81 percent would pass on someone who trash-talks their previous employer in an interview, and 90 percent would reject someone who openly lies on their resume. Doesn’t sound too crazy, right?

However, there are a few deal breakers that did stand out as fairly odd to us. In a world where professional fashion can be interpreted many different ways (hasta la vista, monochrome pantsuits) 71 percent of hiring managers still said they wouldn’t hire an applicant if they dressed “inappropriately.” Potentially even more striking, 90 percent said they wouldn’t hire any candidate who uses or simply touches their cell phone during the interview. “Spending time on a personal device during the interview process seemed to be an almost immediate disqualifier, no matter how skilled the candidate,” writes author Samantha Spano.

The good news is that there are a few habits and qualities that hiring professionals are starting to be more lenient about. For instance, 82 percent of hiring professionals would still hire a job seeker if they had visible tattoos, and 82 percent would still consider them if they failed to send a follow-up thank-you note. Of course, with hiring practices differing across industries, companies, and individual preferences, there several habits and qualities that had practically an even 50/50 split. For instance, 53 percent of hiring professionals would consider hiring the candidate if they were late to the interview or had to reschedule at the last minute, and 56 percent of hiring professionals would give a shot to someone who didn’t ask any questions of their own (you should still practice your interview questions, folks!). Furthermore, 51 percent of respondents said they would still consider an applicant who had failed to bring a cover letter or resume, and nearly the same percentage of respondents said they would still hire someone if the applicant appeared overly interested in compensation as opposed to the overall job duties and company commitment.

In other words, dress to impress, remember your resume, prepare a few questions beforehand, and whatever you do, do not answer a text in the middle of an interview if you want to make a good impression. Happy job hunting, everyone!

Which one of these interview deal breakers shocked you? Tweet us your thoughts by mentioning @BritandCo.

Ashley Macey
Ashley Macey is a lifestyle freelance writer who loves all things fitness, wellness, and creativity. When she's not exploring her home in the Pacific Northwest with her dog Max, you'll probably find her curled up with a good book and some hot tea. Follow her daily jaunts on Twitter.
Work
More From Work