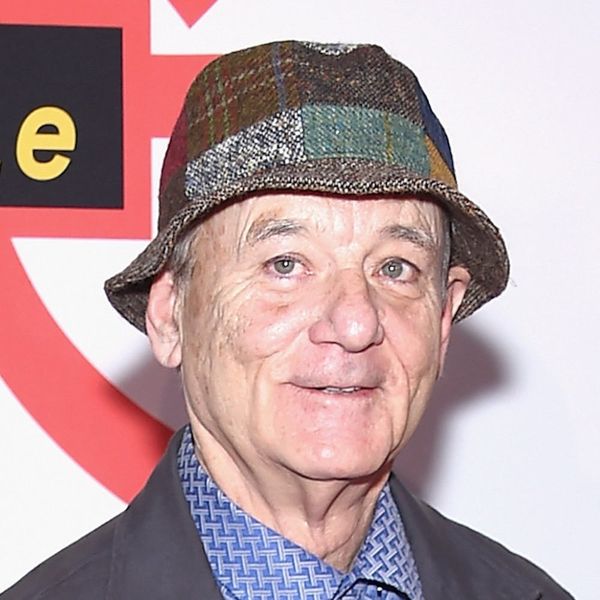 That's exactly what one Palm Coast, Florida, couple did. Jacqueline and Michael Davis were planning to have Michael do the honors while competing in the Murray Bros. Caddyshack Tournament at World Golf Village in St. Augustine by hitting a special golf ball that would burst when hit to reveal whether they'd be having a boy or a girl.

Instead, they ran into TheChive president and co-owner, John Resig, who agreed to hit the ball for the duo, who are fans of his website.

But when tee time rolled around, it wasn't Resig who was teeing up at all — it was Bill Murray!

As the Daytona Beach News-Journal explained, Resig had arranged for Murray to hit the ball as a surprise to the expecting twosome.

“He said it was his first [sex] reveal," Jacqueline told the outlet. “I was very happy, very excited."

Murray hit the ball, which exploded upon impact into blue dust — the family will welcome a boy!

The Ghostbusters actor also gifted the soon-to-be parents with the golf club. “We're going to the frame the driver," the mama-to-be said.

How did you reveal your baby's sex? Share your story over @BritandCo.

Nicole Briese
Nicole is the weekend editor for Brit + Co who loves bringing you all the latest buzz. When she's not busy typing away into the wee hours, you can usually find her canoodling with her fur babies, rooting around in a bookstore, or rocking out at a concert of some sort (Guns N' Roses forever!). Check out all her latest musings and past work at nicolebjean.com.
Baby
Celebrity News
Baby Celebrities