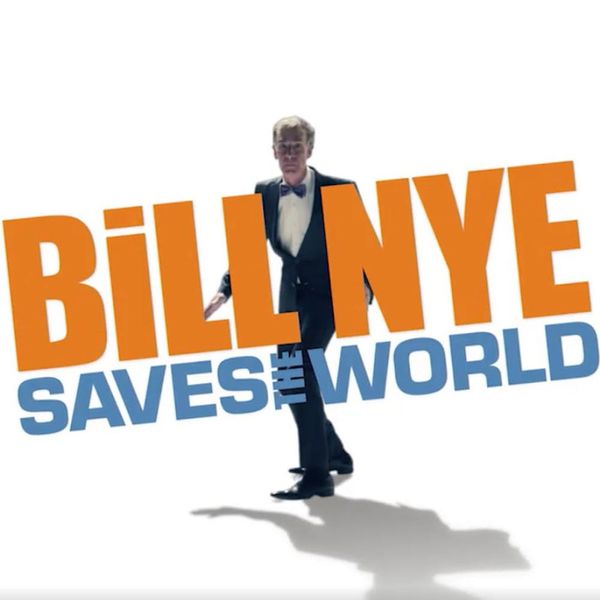 So you binged Bill Nye Saves the World on Netflix and are now at a loss of what to watch. Quench your thirst for science with these TV shows!

There’s nothing like the original. Bill Nye the Science Guy may come off as goofy, but he knows his stuff and has made it his mission to teach it so that everyone can understand it. If you’ve never seen it, now is the right time — you’ll definitely learn something (seriously, we can guarantee that there’s stuff to learn about even the most seemingly basic of topics). If you watched it when you were younger, why not rewatch it (if only to relive Nye’s timeless humor). Plus, everyone could use science in their lives. Watch it on Netflix. (Photo via PBS)

If You Love Learning About the Universe, Watch Cosmos: A Spacetime Odyssey

Neil deGrasse Tyson was inspired by Carl Sagan himself, and presents Cosmos: A Personal Voyage‘s successor in a spectacularly captivating fashion. Barack Obama makes an appearance, who describes the spirit of discovery that the show embodies. Sagan also makes an appearance in homage to the original. Tyson tackles topics from Earth’s “address” in the universe to the Cosmic Calendar to extinction events and black holes. The goofy factor isn’t there, but the stunning graphics and Tyson’s delivery more than make up for that. Oh, and he happens to be pals with Mr. Nye. Watch it on Netflix. (Photo via Fox)

If You Want to Know What Could Happen to Our World, Watch Time to Choose

In this 2016 documentary, Oscar Isaac narrates while Academy Award-Winning documentarist Charles Ferguson addresses climate change and what we can do about it. Ferguson uses interviews with entrepreneurs, innovators, and more who deal with climate change challenges daily to give viewers a look at what people are doing to save Earth. Watch it on Amazon. (Photo via Abramorama)

If You Love Crazy Science, Watch Weird Wonders of the World

Hosted by Chris Packham, this BBC series talks about weird things that happen in our world — and we mean weird (and cool). Like monkeys who know first aid, a woman who has her twin inside her brain, a man who gets drunk without alcohol, huge rats who save lives, and people getting tattooed by lightning. If that’s not crazy enough for you, we don’t know what would be. Watch it on Netflix. (Photo via BBC)

Shea Lignitz
Shea can be found in the nearest bookstore or brewery, exploring the great outdoors, or blasting Led Zeppelin. She grew up in the cold and rain of Northern California's redwoods but is currently wandering around Texas.
Netflix
TV
Netflix science Streaming
More From TV