11 Black Designers and Stylists Who Are Shaping the Fashion World 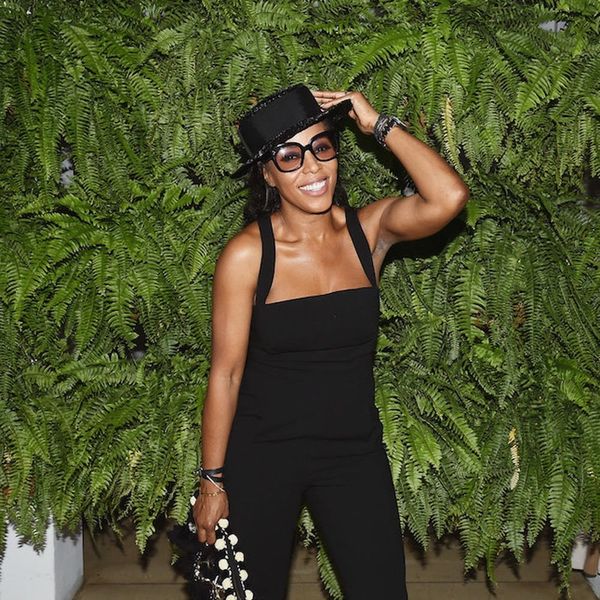 February marks Black History Month, a time to honor and acknowledge all of the contributions African Americans have made to our country. Now, perhaps more than ever, it’s important to remember how vital diversity is. So, in the spirit of celebration — and style — we’re taking a moment to recognize 11 African-American fashion designers and stylists who are changing our lives (and wardrobes) for the better.

Known for her love of color and pattern, Reese’s designs have found a diverse fan base that includes the likes of Michelle Obama, Sarah Jessica Parker and Taylor Swift. The Detroit native touts her design philosophy as “rooted in a commitment to bringing out the beauty in women of all shapes, sizes and colors.” Um, yes please. (Photo via Jamie McCarthy/WireImage)

As one half of the design duo behind Cushnie et Ochs, the British-born/New York-based Cushnie wants women to look sexy but sophisticated. Since 2008, the label has churned out minimalist but distinctly feminine pieces that have garnered the attention of industry insiders, retailers and celebrities alike. (Photo via Mike Pont/WireImage)

Best known for being Beyoncé’s longtime stylist, Hunter is never far behind her at any red carpet appearance, making sure Queen Bey always looks, well, flawless. In addition to masterminding many of her iconic looks, Hunter has branched out into design with a sassy clothing collaboration called “With Passion.” (Photo via Daniel Zuchnik/Getty)

Born in Italy of Creole heritage, Stella Jean’s eponymous label was founded in 2011, with a focus on bold patterns rooted in true Haitian heritage and an ethical supply chain. She collaborates with African and Haitian artisans and her designs have caught the eye of Vogue editors, landing her in the rosters of major luxury e-tailers. (Photo via Estrop/Getty)

As Kanye’s Creative Director and founder of Milan-based fashion label Off-White, Abloh has basically redefined the idea of streetwear. He was nominated for a Grammy for art directing Jay-Z and Kanye’s Watch The Throne album before launching the men’s and women’s label. (Photo via Kristy Sparow/Getty)

On a visit to her native Ethiopia, the model was inspired to start her label, Lemlem, by traditional weavers who no longer had a market for their goods. Preserving traditions while producing modern pieces, Kebede’s line has simultaneously created prosperity, fashion diversity and a lasting legacy for her homeland. (Photo courtesy Lemlem by Gilles Bensimon)

If you’ve ever envied Zendaya’s fearless style, you pretty much have Law Roach to thank. In addition to outfitting the star in some of her most jaw-dropping lewks, stylist Roach co-created the Daya collection and finds time to judge on America’s Next Top Model. (Photo via Gary Gershoff/WireImage)

8. Duro Olowu: Nigerian-born Olowu studied law before launching his London-based label in 2004. With a globally influenced aesthetic, his clothes are bold, bohemian and tailored all at the same time. (Photo via Ben Hider/FilmMagic)

A style icon in the hip-hop and fashion industries, Ambrose was the architect of some of music’s most memorable looks (remember Missy’s patent leather and vinyl outfit in “The Rain (Supa Dupa Fly)” video? That was June). In addition to rap superstars, Ambrose has styled Hollywood starlets and major advertising campaigns. (Photo via Nicholas Hunt/Getty Images for The Confidante)

The Southern-born, Brooklyn-based Harbison soft launched his gender-neutral label in 2013, most notably striking the fancies of both Beyoncé and Solange (the sisters each rocked the same color-blocked coat of his on separate occasions). Since then he’s been on every fashion insider’s short list as one to watch. (Photo via Mireya Acierto/Getty)

W Magazine‘s Creative and Fashion Director has had the career that legends are made of, including contributing editor roles for both Italian and American Vogue, as well as orchestrating iconic creative imagery for almost any number of fashion powerhouse labels. Counting Naomi Campbell and Kate Moss among his pals, Enninful was also officially crowned fashion royalty last year with the Order of the British Empire (OBE) for services to diversity in fashion from Queen Elizabeth II. (Photo via Timur Emek/Getty)
Rachel Aschenbrand-Robinson
Trends and Inspo
More From Trends and Inspo

Behold, The Cutest Tote Bags For All Your Summer Adventures

The Best Under-$100 Deals From The Nordstrom Anniversary Sale

A Summer Capsule Wardrobe You'll Wear Every Day This Season

16 Stunning Floral Dresses For All Your Summer Weddings & Beyond

Stylish Maternity Clothes To Keep You Feeling Cool This Season

18 Cute Cover Ups You Won't Want To Take Off