Everything We Know About Beyoncé’s Grammys Performance 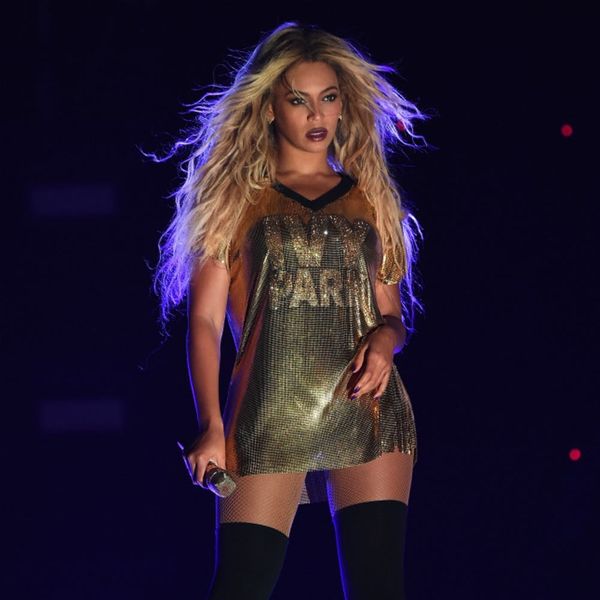 Hang on to your hats, everybody. Beyoncé has officially been added to the list of performers for next weekend’s Grammy Awards. Just two short days ago, we got the news of the year when Bey announced her pregnancy via Instagram, and now we can’t stop talking about the twin Beybees and all the hidden messages planted in the pregnancy photo shoot. With the show coming up fast, here’s all we know right now about the performance.

While her announcement had many people wondering how it would affect her concert schedule (though mostly, people have been speculating about April’s Coachella headlining), only a few people wondered about the Grammy awards. It looks as though those who speculated that the pregnancy announcement came because of the now-announced performance were probably pretty close to right on.

And since Queen Bey always rolls with a theme, we’re expecting a very ethereal performance come Grammy night. Veils, flowers and crowns will probably all be on display right beside Bey’s beautiful belly. And with her record-breaking number of nominations this year, Beyoncé is officially the most nominated female artist of all time.

While we can’t exactly be sure of what Bey has in store for us, if her performances at the CMTs and VMAs are any indication, this awards show performance will go down in history.

Kat Armstrong
Kat has been a writer, social media maven and mom for longer than she's willing to admit. She's also spent time in front of and behind the camera, interviewing celebs, politicians and acting as a producer for fashion and artistic photography shoots. When she isn't writing for various orgs and publications, she's hanging with her kids, husband and French Bulldog, Peter, in Toronto, Canada.
Beyonce
Pop Culture
Beyonce Grammy Awards