7 Body-Positive Singers to Add to Your Girlboss Playlist 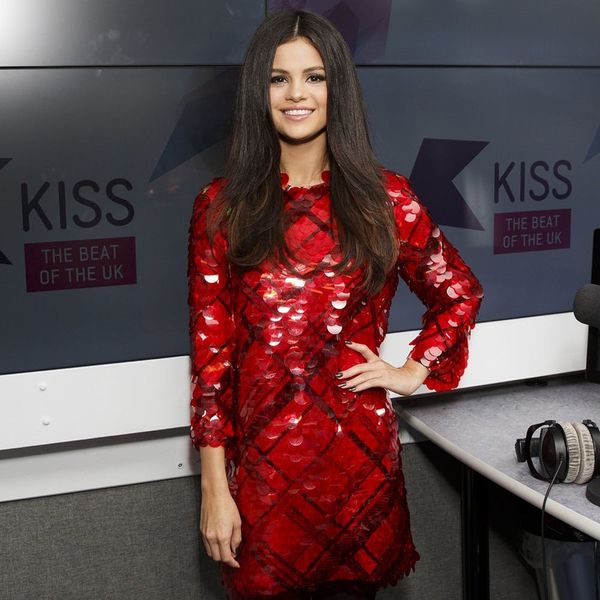 We love creating the perfect playlist for every occasion — whether we’re killing it in the gym with the ultimate workout playlist or cruising into work with some inspirational tunes. Songs can uplift and empower us, even when we’re feeling down on ourselves. A cringe-worthy, recent study just found that girls can start feeling insecure about their bodies by preschool. Since we already know that celebs and musicians can have a *major* influence on young ladies, we’ve decided to create our own must-play list packed with body-positive female singers. Scroll on for seven badass girlbosses who are all about self-love.

1. Kesha: Many people are still heartbroken over Kesha’s very public legal battle with Dr. Luke, but this badass girlboss is rising above the drama and is all about spreading a body-positive message. She’s struggled with body image issues in the past, so she loves inspiring others and talking openly about brushing off her haters. “I’m hot when my ass is big. I’m hot when my ass is small,” she says. “Get over it.”

2. Shakira: This lady has always been a big believer in loving the skin you’re in. But with her recent break into voice acting, she decided to take things one step further. Instead of settling for a character that didn’t represent her body type, Shakira insisted that her animated character in Zootopia be redesigned to be curvier. Get it, girl!

David DeNicolo & I got real during my interview for @Allure Magazine 💜💜💜 has me 😂😂 You're going to love this!! My cover is on stands nationwide NOW!

3. Alicia Keys: In case you’re not already in *love* with this ridiculously talented lady, let us tell you why she’s our current #wcw. From her very first album, Songs in A Minor, to her current jams (Girl on Fire, anyone?), Alicia has always been about empowering women to own their talents and be their authentic selves. Plus, we love that she has decided to rock a makeup-free look. Seriously, this girlboss can do no wrong.

I love being happy with me yall #theresmoretolove 😂

4. Selena Gomez: Actress, musician, and body-loving activist, Selena Gomez is a badass in her own right. After being relentlessly criticized by the tabloids, this lady took one of the most-liked Instagrams EVER and basically told all her haters to take a hike. Also, she’s a big advocate for mental health.

Had a new shoot come out today and was shocked when I found my 19 year old hips and torso quite manipulated. These are the things that make women self conscious, that create the unrealistic ideals of beauty that we have. Anyone who knows who I am knows I stand for honest and pure self love. So I took it upon myself to release the real pic (right side) and I love it😍😘 Thank you @modelistemagazine for pulling down the images and fixing this retouch issue.

5. Zendaya: Seriously, we love jamming out to this crazy talented woman. Along with putting out some super catchy tunes, she’s also very open about not wanting to be Photoshopped by magazines. In a caption she notes, “These are the things that make women self-conscious, that create the unrealistic ideals of beauty that we have. Anyone who knows who I am knows I stand for honest and pure self-love.”

6. Adele: If you haven’t belted out any of Adele’s MANY chart-topping hits on your way to work, we suggest you rethink your morning commute, like now. But this megastar is more than just a talented singer. She’s also a champion of body positivity. “I’ve never wanted to look like models on the cover of a magazine,” she says. “I represent a majority of women and I’m very proud of that.”

7. Jennifer Lopez: Jenny from the block rocks everything she does, from topping music charts to finding the next big star on American Idol. She has no time for body shamers: “When I first started out, I had a manager who told me, you have to lose weight, you’re too big. Your butt’s too big,” JLo said. “I think that’s a big deal for women. You should be proud of who you are and not conform to what everybody else thinks is perfect. There’s no perfect, none of us are perfect. We’re all beautiful.”

Which body-positive musician are you jamming out to now? Tweet us @BritandCo!

Ashley Macey
Ashley Macey is a lifestyle freelance writer who loves all things fitness, wellness, and creativity. When she's not exploring her home in the Pacific Northwest with her dog Max, you'll probably find her curled up with a good book and some hot tea. Follow her daily jaunts on Twitter.
Empowering Girls
Music
Empowering Girls Girlboss Music
More From Music