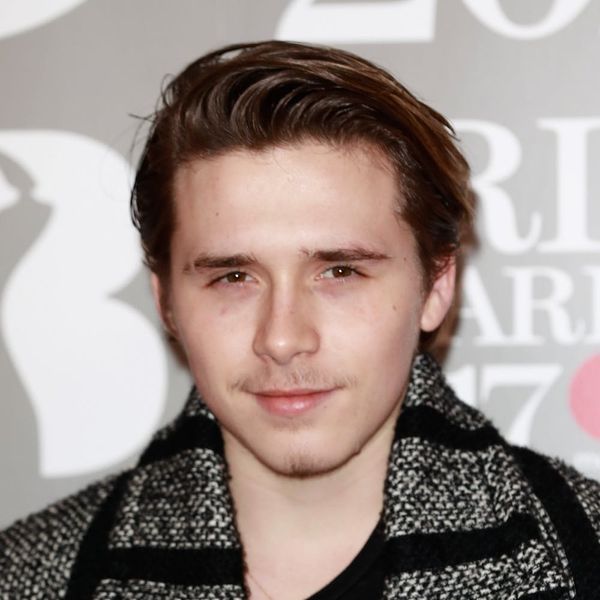 UDPATE: Madison Beer insists she is NOT dating Beckham, though the two do appear to be headed in a romantic direction. “I’m 18, trying to navigate my life… there’s obviously boys that I crush on, but I’m very much single” she told BUILD Series. With regard to her rumored companion, she says, “I’ve known Brooklyn for years, we’ve been really close. We’re definitely crushing on each other, but we’re both very busy. Every time I’m seen with him, people are like, ‘Oh my God! They’re boyfriend and girlfriend! We hang out every day with our group of friends. We’re just having fun right now ,and rumors are going to get started.”

It was just last summer that we were mourning the loss of one of our favorite young Hollywood couples: Brooklyn Beckham and Chloë Grace Moretz. The pair that once seemed so in love with all their public shows of affection were ultimately driven apart by distance, and now, Beckham is moving on with a brand new young lady: one with a face you just may recognize.

The woman in question is none other than Madison Beer, the YouTuber-turned-pop-star who was famously discovered by fellow singer Justin Bieber when he caught the then 13-year-old’s stellar cover of Etta James’ “At Last.”

People confirmed the news of Beckham and Beer’s coupling after fans spotted them out and about at a concert in California and again during a shopping trip in LA.

The news comes several weeks after an old audio recording of Beer’s ex-boyfriend, Jack Gilinsky, verbally abusing the singer surfaced online, which both she and Gilinsky addressed via social media. The 18-year-old chanteuse urged other young women who might be in her position to speak up and take action should they find themselves in a similar situation. “Nothing is worth your safety or happiness,” she wrote. “Speak out.”

It certainly appears that she’s now moving toward her own happiness in choosing Beckham, who once gave his own ex some pretty stellar advice regarding positivity, as a partner. “All young women are more beautiful than they think, you know,” he reportedly told Moretz.

Here’s to wishing all the best for the new couple!

Are you shipping these two? Let us know over @BritandCo.