Here’s How Money Can Buy Happiness in a Relationship 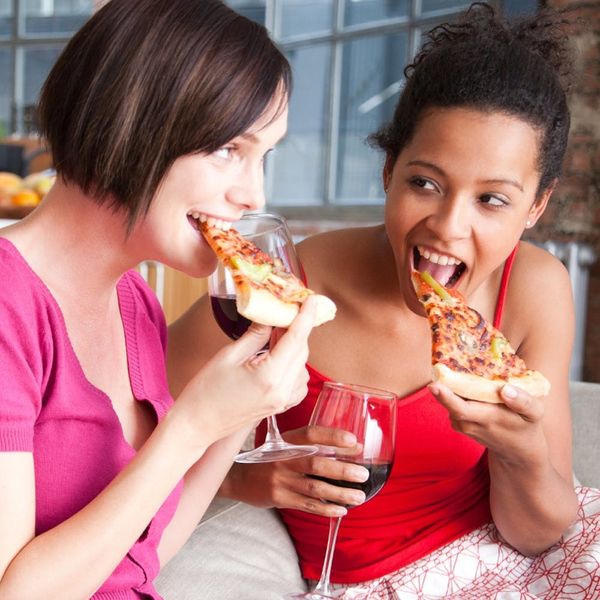 You’ve probably heard a million times that “time is money.” Whether you embrace that saying as a mantra that keeps you working on your successful side hustle or instead consider it an unnecessary insult against your all-too-rare free time, you’ve gotta admit that there’s an element of truth to it. When you’re at the office, your hours quite literally translate into a dollar value, and when you’re off the clock, you can pay other people to help you with tasks you’d rather not handle or otherwise shell out cash money for fun activities or events. While the time/money equivalency is an oft-quoted one, you’ve probably thought less about how these two concepts figure into the quality of a romantic partnership. Harvard Business School (HBS) has done the legwork on this question, and what they’ve learned is going to raise the stakes on that budget you’ve been working up.

According to a working paper released from HBS earlier this year, spending money on time-saving luxuries is, in fact, beneficial to relationships. The Harvard study invited 3,000 people in committed partnerships to take a series of tests that would help illuminate the state of things with their significant others in terms of satisfaction, conflict, discretionary income, and time. Consistent with the researchers’ hypothesis, respondents who invested in time-saving purchases — help with cleaning the house, assistance with basic home repairs that they probably could DIY if they tried, take-out — reported greater satisfaction in their relationships. Couples who traded money for time also reported less conflict and, of course, more quality time together.

If you’ve ever been in a relationship — and especially if you’ve ever lived with a significant other — these results should hardly come as a surprise. It’s no secret that the pressure to share chores and other general life responsibilities can create a tension between partners. If you can afford to throw a little money at those responsibilities to take them at least partly off your plate, you remove an element of joint stress and simultaneously open up hours in your schedule so you can spend more QT with bae. This might feel entirely logical, but seeing HBS prove it with data from a few thousand people makes us feel a little less crazy for wondering why laundry and grocery shopping and mowing the lawn seem to make our love lives so much more complicated.

Now that we have proof that couples who spend more time together are happier (even if they have to spend a little money to make it happen), we feel more urgency than ever to make room in the budget so that we, too, can free ourselves up for better time with our significant others. Here are some creative ideas to help you optimize both time and money so you can keep your to-do list chugging along and improve your relationship — without totally breaking the bank.

1. Make your own coffee. The costs of your daily Starbucks indulgence can really add up. Put that money toward time-saving services, instead. Cut back to buying coffee once a week, and enjoy a nice mug of joe at home — with your S.O.! — every other morning. You’ll be surprised what a difference this small adjustment can make.

2. Clean in small spurts. If the mere proposal of being able to pay someone to help you tidy up your home makes you LOL, consider cleaning a little bit at a time instead of forcing yourself to deep clean the whole place every week or two. Just 15 minutes a day is the equivalent of nearly two hours over an entire week. While these smaller spurts will still occupy time in your schedule, you won’t feel the same pressure to block off a full weekend afternoon to get things done… especially since those cleaning-filled afternoon weekends are probably fueling some of the tension in your relationship.

3. Wake up an hour early. Morning is a great time to chip away at your chores and errands. Setting your alarm an hour earlier than usual just one day a week will win you back valuable time — and if you use that time wisely, you’ll be able to reclaim QT with your babe in the evening without spending a dime.

4. Start using budgeting apps. If the results of the HBS study have you feeling like you want to make a goal out of paying for some time-saving luxuries, there’s no time like the present to start budgeting a little more intensely. Try YNAB, Twine (which has the benefit of actually helping you save with a partner), or Mint.

5. Turn chores into a couple’s activity. Who says that chores and together time have to be mutually exclusive? We’re not saying that weeding the flower beds or standing in line at the grocery store is particularly romantic, but if you have to get these things done anyway, you might as well do them with somebody you love at your side. Make a plan with your other half to work together on the chores that normally make you butt heads. Add some fun to the mix by adding a lunch date or movie break to the routine as extra motivation.

6. Call in friends. You’re probably not the only couple in your circle that often find themselves in the uncomfortable position of having to choose between arguing about getting things done and spending extra money for help in getting those things done. Set up some kind of swap system in which you and another couple alternate helping each other work through your to-do lists every week. It can make typically boring processes a lot more fun while saving you time that you can spend later on a (double??) date night!

Tweet us your tips for balancing all of your responsibilities with quality time with your partner @BritandCo.