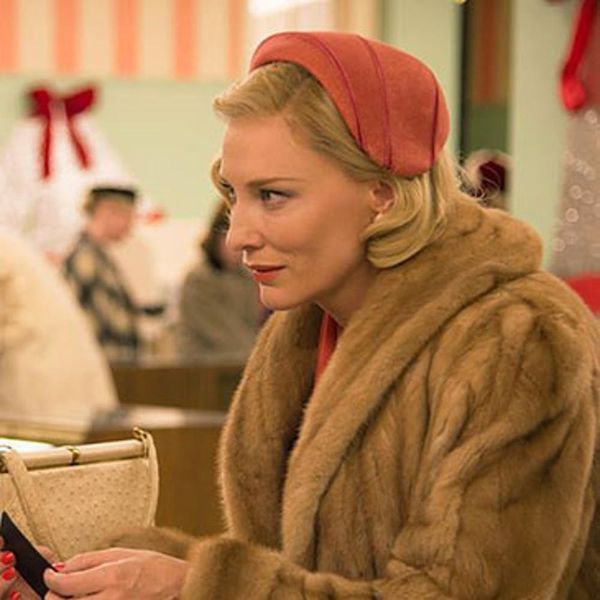 It’s time to head to Cannes! The festival may flaunt the best style we’ve seen since the Met Gala, but we can’t forget this celeb-studded celebration is all about the movies. Before we get swept away by the endless red carpet looks, we thought it was important to indulge in the real purpose of Festival de Cannes: movies. Check out our picks for the ones to keep an eye on throughout the festival — including a flick directed by Natalie Portman — and former notable screenings-turned-streamings below.

1. The Litt`le Prince: Based on the classic French children’s book of the same name, this highly anticipated stop + computer animated film features the voices of Rachel McAdams, Paul Rudd, Marion Cotillard, James Franco and more. Join The Little Girl as she meets The Aviator, who introduces her to a whole other world where anything is possible, including meeting The Little Prince. We can’t wait to see this epic journey unfold on the big screen.

2. Carol: Adapted from the 1952 romance novel The Price of Salt, this romantic drama stars Cate Blanchett, Rooney Mara, Sarah Paulson and Kyle Chandler in a star-crossed love tale. A young department store clerk falls in love with an older married woman in ’50s New York. We’re imagining this one is a bumpy love story.

3. The Sea of Trees: Starring Matthew McConaughey, Naomi Watts and Ken Watanabe, this drama-mystery is centered in Japan’s “Suicide Forest” where an American man and a Japanese man meet for, well, spoiler alert. What happens next is a journey of self-reflection and survival. Alright, alright, alright, we’re in.

4. The Lobster: This futuristic love story makes finding love an actual life or death situation. Lonely people, like stars Rachel Weisz + Colin Farrell, must find a mate in a hotel within 45 days. If not, they are transformed into animals and sent off into the woods. Here’s hoping there are actually a lot of happily ever afters…

5. Tale of Tales: Salma Hayek stars at Queen of Longtrellis in this dark take on classic stories. Based on a collection of 17th-century fairy tales, this film combines storylines from three different tales to create one insanely un-Disney story.

6. Irrational Man: Woody Allen’s newest film stars Joaquin Phoenix as a college professor who falls in love with his student, played by Emma Stone. Just like every Woody Allen film, expect lots and lots of dialogue and shifting locations.

Past Cannes Film Festival Movies You Can Stream Now

7. The Disappearance of Eleanor Rigby (Available on Amazon, Flixster, iTunes + Vudu): This film is actually a collection of three individual titles. The story centers around a young, married New York couple and the life-changing event that threatens their relationship, as told by his, hers and their views individually.

8. The Bling Ring (Available on Amazon, iTunes + Netflix): Directed by Sofia Coppola and starring Emma Watson, this satirical crime drama is based on the real “Bling Ring” and depicts a group of LA teenagers that have since become infamous for stealing from various celebrities’ homes and the fallout that occurs once they get caught red-handed.

9. Moonrise Kingdom (Available on Amazon, Flixster, iTunes, Netflix + Vudu): This 2012 film from Wes Anderson features a talented ensemble cast of characters eccentrically living on an island off the coast of New England. Feeling like summer camp, these people live their lives as if they have been untouched by all the bad in the world, and it’s an interesting riot to watch.

10. Beasts of the Southern Wild (Available on Amazon, Flixster, iTunes, Netflix + Vudu): Quvenzhané Wallis’ first film takes the viewer on a magical journey through the bayous of Mississippi after disaster occurs to find her long-lost mother.

11. Drive (Available on Amazon, Flixster, iTunes, Netflix + Vudu): Ryan Gosling plays a Hollywood stuntman who moonlights as a getaway driver for criminals. After a multi-million dollar job goes wrong, things get crazy for Driver and even more interesting for the viewer.

12. Melancholia (Available on Amazon, iTunes, Netflix + Vudu): This super artsy film is all about the strained relationship of stars Kirsten Dunst and Charlotte Gainsbourg and how they cope with the threat of a new planet colliding with Earth.

Which movies that have screened at Cannes Film Festival have you seen or would like to see? Share those titles with us in the comments.