This Game Is Even Funnier Than Next Cards Against Humanity 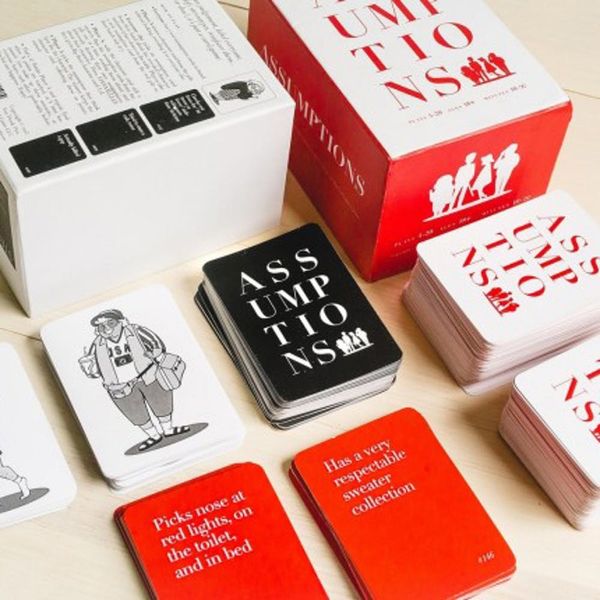 Your Cards Against Humanity deck has seen better days, but you still want to keep the party going. Introducing Assumptions, a new Kickstarter-funded card game that everyone will love. The concept is simple: match random prompts to their imagined illustration. For example, you may play the phrase “killed a guy” against a drawing of a cute, little old grandma.

The cards were illustrated by Lauren Baker, who lives in the U.K. She got the job through Twitter: she was the first person to reply to Finck’s tweet in response of needing an illustrator. The game is now available for purchase at youthinkthisisagame.com for $25.

Would you trade in your Cards Against Humanity deck for Assumptions? Sound off in the comments.

Emily Laurence
Emily is a contributing writer for Brit + Co and former teen magazine editor. She lives in New York City, where she's on a mission to find the most delicious mocha in the East Village.
Games
Home News
Games Kickstarter