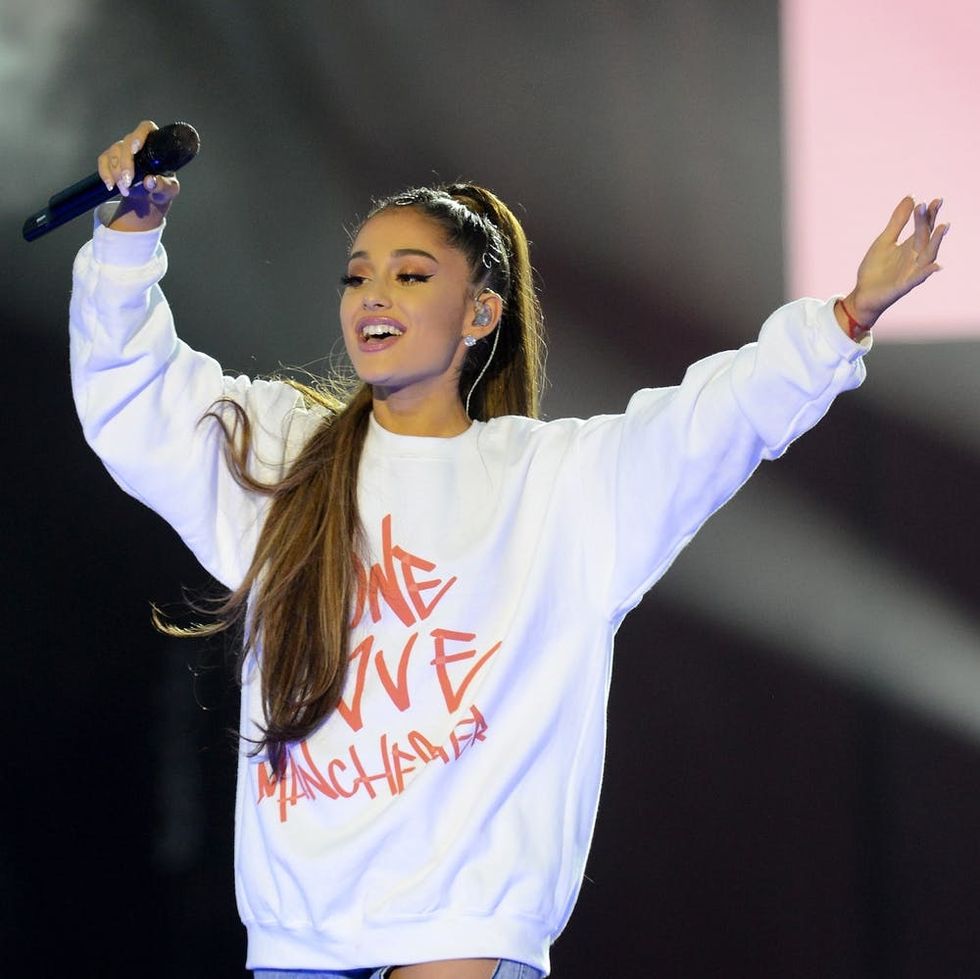 The student activists that have emerged following the tragic February shooting at Marjorie Stoneman Douglas High School in Parkland, Florida have amassed a huge following across the country, and their efforts to help change gun laws aren’t slowing down. The protests will reach a new peak on March 24, when the March for Our Lives will descend on Washington DC.

Jennifer Hudson: In a tweet, Hudson said she was inspired by the students' demand for change.

“I am completely inspired by the students and communities standing up for the future safety of everyone and to honor those we’ve lost from senseless acts of gun violence. I stand with you and raise my voice with yours.” (Photo by Jeff Spicer/Getty)

Ariana Grande: In the aftermath of a high-profile terrorist attack at one of Grande’s concerts in the UK last year, the singer has stood up against violence by raising money for her concert's victims and becoming an outspoken advocate for youth. Now, according to Hogg, Grande is also joining the March for Our Lives this weekend.

"They're gonna be standing there with us and marching with us and they're some of the few people that are really coming out and stepping up with us,” Hogg told CNN. (Photo by David Hogan/Getty)

Demi Lovato: Just a week after the Parkland shooting, Demi Lovato brought six survivors onstage with her during the first show of her ‘Tell Me You Love Me' world tour. “It was such an honor to meet them and hear their courageous stories,” she said in a statement.

After Hogg announced Lovato among the march's celebrity participants, Lovato tweeted out her excitement over the event: “I've been so amazed by the work @Emma4Change and the rest of the Parkland students have been doing. You guys are the future. I'm honored to be a part of this!! #MarchForOurLives" (Photo by Jamie McCarthy/Getty)

Khloé Kardashian: The Good American founder has spoken out in support of the March for Our Lives by directing her fans to find their local marches and demanding gun legislation now.

“On March 24,” she tweeted, “students & families across the country will #MarchForOurLives!!! We have to support them and demand that our leaders take action to end gun violence in our schools 7 communities. Find an event near you.” (Photo by Kevin Mazur/Getty)

Dwyane Wade: Basketball player Dwyane Wade is also using his platform to amplify the voices of the kids from Parkland. The Miami Heat player sat down with survivors for a special on CNN Monday morning, explaining why he feels compelled to support.

"I do more than dribble," he told Dave Briggs, adding that as adults, it is impossible to move forward while children are unsafe at school. "I can't imagine what these families are dealing with, are going through. But what I try to do is I try to put myself in that situation and the heartache and the hurt, just even trying to imagine it, is too much to bear." (Photo by Rich Fury/Getty)

Oprah Winfrey, The Clooneys, Joshua Kushner and Steven Speilberg: Of course, there have been some hefty donations to the March for Our Lives, too. George and Amal Clooney started the ball rolling by donating $500,000 to the charity and were soon matched by Oprah Winfrey. Quietly, the democratic brother of the presidential adviser and first-son-in-law Jared Kushner, Joshua Kushner, donated $50,000 too.

Ready Player One director Steven Spielberg has also stepped up to the plate, donating $500,000 to the march as well. “The young students in Florida and now across the country are already demonstrating their leadership with a confidence and maturity that belies their ages,” Spielberg said in a statement. (Photo by Kevin Winter/Getty)

Lyft: The ridesharing app is joining in for their support, offering anyone marching this weekend a free ride to their local rally with the caveat that riders either be 18+ or riding with an adult. (Photo by Isaac Brekken/Getty)

Miley Cyrus: According to Parkland survivor and activist David Hogg, Happy Hippie Miley Cyrus will be joining protesters this weekend. Cyrus has been a vocal advocate of the teens, recently tweeting her support of last week’s school walkout.

“Proud of all of you! Never give up! You are THE change,” she wrote. “So amazing to see young people take back their power and USE it!” (Photo by Dia Dipasupil/Getty)

Kat Armstrong
Kat has been a writer, social media maven and mom for longer than she's willing to admit. She's also spent time in front of and behind the camera, interviewing celebs, politicians and acting as a producer for fashion and artistic photography shoots. When she isn't writing for various orgs and publications, she's hanging with her kids, husband and French Bulldog, Peter, in Toronto, Canada.
Celebrities
Current Events
CelebritiesTeens