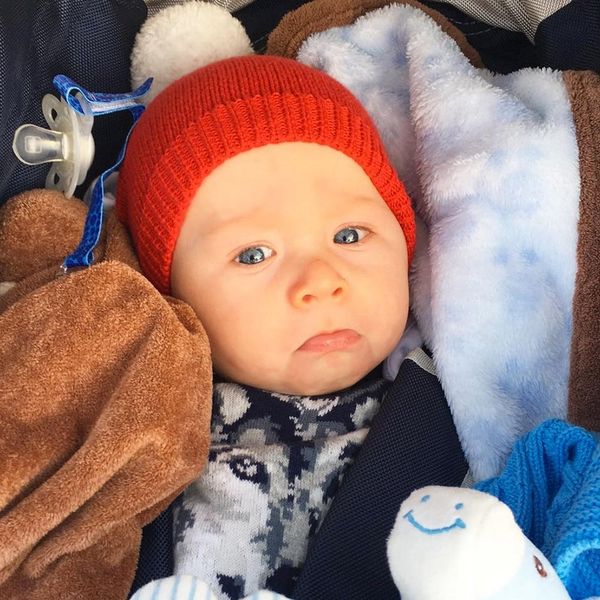 Whether you’re five or 50, the holiday season is a super special and memorable time of year. Your first Christmas, however, is one you’ll remember forever. Okay fine, you probably won’t remember it on account of you being a baby and all, but your parents definitely will, and we’re guessing they’ll also take some pretty adorable photos of you to add to your scrapbook — or at least that’s what these celebrity parents are doing during their newborn’s first Christmas season.

1. Chanel Nicole: Coco and Ice-T’s baby girl was born just few weeks ago, but it looks as though she’s already nailing the festive attire. After all, you sort of have to look good when you’re posting photos to an Instagram account that has 201k followers. (Photo via @babychanelnicole)

2. Leo Thames Newman: To celebrate the season, Jaime King and her fam decided take a group trip to LA shopping center and holiday destination The Grove. We’re not-so-secretly wishing we could copy Leo’s outfit during all our holiday shopping sessions. (Photo via @jaime_king)

3. Ryan Rosenberg: Haylie Duff’s daughter Ryan is all bundled up and ready for some wintry fun. (Photo via @haylieduff)

4. Rafael Baldwin: Alec and Hilaria Baldwin’s son, on the other hand, doesn’t seem to be enjoying the cold quite as much. (Photo via @hilariabaldwin)

5. Holt Smith: Saved by the Bell star Tiffani Thiessen took her baby boy and her five-year-old daughter to visit Santa. From the looks of this photo, Holt’s only Christmas wish is to escape from Santa’s lap. (Photo via @tiffanithiessen)

6. Ariah Talea: What’s the secret to getting your little one to sleep like an angel? Well, if you’re Tamera Mowry, it might just be a festively decorated crib. (Photo via @tameramowrytwo)

7. Scarlett May Stuber: Sorry, Santa, but It looks like you might have some competition. Molly Sim’s three-year-old son Brooks and nine-month-old daughter Scarlett both look pretty darn cute in those red and white suits. (Photo via @mollybsims)

Is this your baby’s first Christmas? Show us how you’re celebrating by tagging us in a pic on Instagram @britandco.