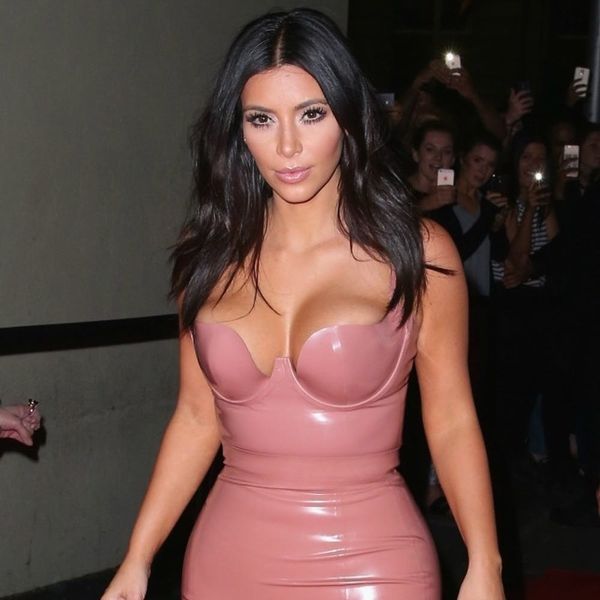 Have you always wanted to be besties with Sara Bareilles? Or sift through Kim K’s selfie collection? Date Aziz Ansari? Now you can (kind of) do all those things. These celebs aren’t just gracing us with their presence on social media, TV and the big screen — they’re releasing books. From emotionally wrenching tales of divorce to silly poems about aliens for kids, our fave famous faces are giving us some fierce literary face.

1. Modern Romance ($20, out June 16): Inspired by his extensive standup on the subject, comedian Aziz Ansari has a book coming out this summer about the ridiculousness, hilarity and perils of modern dating. We’ve already pre-ordered ours, so you should probably get yours too. Go ahead, treat yo’ self. (Photo via Mike Windle/Getty)

2. The 7 Secrets of Awakening the Highly Effective Four-Hour Giant, Today ($13): Written by the gang behind It’s Always Sunny in Philadelphia, this book comes what can only be described as an insane, get-rich scheme that only these weirdos could come up with. So, obviously it’s hilarious. (Photo via Frazer Harrison/Getty)

3. Girl in a Band ($28): Sonic Youth co-founder Kim Gordon has written an autobiography, and it’s filled with juicy details such as: no one likes Jeff Koons. Written after her marriage with Thurston Moore ended, this memoir isn’t light, but it does give a great peek into the life of rock legends. (Photo via Ben Gabbe/Getty)

4. TBA by Laverne Cox (Book out 2015): We are dying with anticipation for Laverne Cox’s memoir. She’s proven herself over and over again to be a hyper-articulate, incredibly intelligent speaker. Getting the skinny on her whole life story is shaping up to be one of the literary events of next year. (Photo via Ethan Miller/Getty)

5. Dear Mr. You (Out fall 2015): Weeds star Mary-Louise Parker isn’t just a Tony Award-winning actress, she’s also an upcoming author from Scribner. In what is classified as a “autobiographical literary work of non-fiction,” Ms. Parker recounts her life in letters to men. (Photo via Andrew Walker/Getty)

6. TBA by Shonda Rhimes (Out 2015): She gave us Gray’s Anatomy, Private Practice and Scandal. But now this prolific small-screen queen is giving us some memoir realness. Is it wrong to hope there’s a chapter dedicated to Dr. McDreamy? (Photo via Christopher Polk/Getty)

7. TBA by Jon Cryer (Out spring 2015): It’s probably safe to assume that this Two and a Half Men star will probably talk a bit about Charlie Sheen’s epic meltdown in relation to the production of their uber popular sitcom. (Photo via Alberto E. Rodriguez/Getty)

8. Selfish ($12, out May 5): It was only a matter of time before the empress of selfies got a book deal. Featuring the best of her best selfies, this book lets you stare at Kim K’s face to pass the time until the next Keeping up with the Kardashians comes on. (Photo via Scott Barbour/Getty)

9. Even Divas Need Day Jobs ($25, out fall 2015): It’s true. And as anyone who watches RuPaul’s Drag Race knows, Michelle Visage spits the truth. So set yourself free from your “personal closet” and get your mitts on this one. (Photo via Robin Merchant/Getty)

10. Neon Aliens Ate My Homework ($15): Nick Cannon? Neon aliens? What else could you possibly need? This collection of sweet, silly poems is perfect read aloud to your tots, ages 6+. (Photo via Rich Polk/Getty)

11. Sara Bareilles: She recently made a coy Insta-announcement that she was in a book meeting. And obviously, we need to know more asap. This songstress is our total make-believe bestie, along with J-Law and Taylor Swift or course. (Photo via Christopher Polk/Getty)

What celeb do you wish would write a book? Let us know in the comments below!

Maggie Tokuda-Hall
Maggie is freelance editor for Brit + Co, a children's book author and bright color enthusiast. When she's not reading, you can find her doodling, making greeting cards or wandering around San Francisco. During the week, she's at the Chronicle Books offices.
Books
Home News
Books Kardashians
More From Home News