Taylor Swift’s App Lets You Go Inside Her Music Video 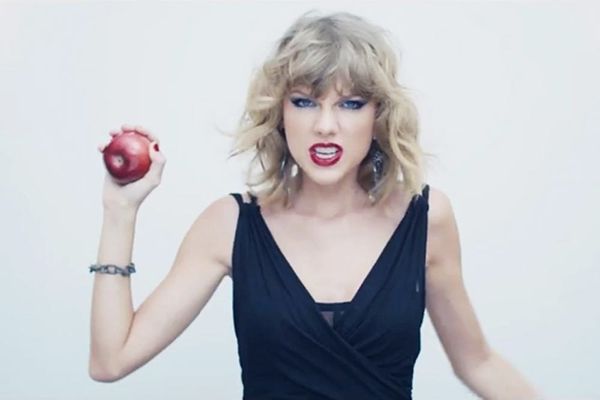 Taylor Swift is without a doubt the busiest lady in the music game right now — okay, maybe she always has been. She just released the biggest-selling album in over a decade, she’s been hopping around the world promoting 1989, she told Spotify they’re just another picture to burn and today she released an app. Yes, an app. American Express Unstaged: Taylor Swift Experience is available on both iOS and Android and allows all Swifties to step into her new video for “Blank Space.” Just another fairytale week in the life of T.Swift.

If you loved the elegance (and craziness — seriously, Taylor goes cray cray on model Sean O’Pry) of the video, you will LOVE this interactive experience. It’s like you’re waltzing through the “Blank Space” mansion IRL while listening to the song on repeat.

The best part of the app is how interactive the entire thing is. With the use of 360° cameras, users are able to choose where they go and who they want to follow around (we’re kind of curious as to what that model boyfriend is up to…) and discover 41 hidden objects throughout the estate. The app makes it easy for users to share their findings on social media to help their fellow Swifties get out of the woods.

Shot at the same time as the music video, the app acts as an extension of its storyline with bonus behind-the-scenes footage, access to The 1989 World Tour tickets and an archive of additional American Express Unstaged events (hey, Adam Levine!).

Tell your man sorry you’re not sorry you’ll be playing with the app, and keeping 1989 on repeat, for the rest of the day (or year). Thanks, T.Swift, and welcome to Silicon Valley?

What song on 1989 would you want turned into an app? Let us know in the comments below.