We Need to Talk About This Gossip Girl Reunion 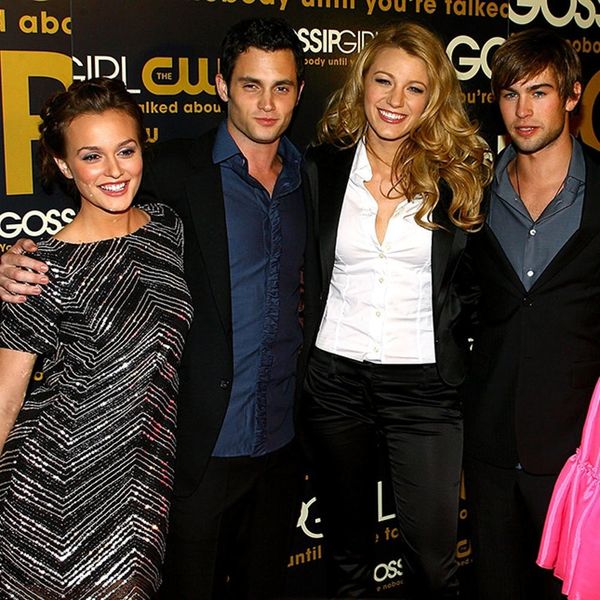 Ever since Gossip Girl ended its six season run in 2012 we’ve scraped by with mini cast reunions and satisfied our GG craving by filling our news feeds with all things Blake Lively. The Preserve founder + new mama is our dream BFF IRL but we still regularly miss her Upper East Side counterpart Serena + crew. The latest cast get-together might not be the Met steps reunion of our dreams, but it will still give you all the feels (on account of Chase’s eyes at least).

Over the weekend, Chace Crawford and Ed Westwick (aka TV show besties Nate and Chuck) were spotted hanging out at City Year Los Angeles Spring Break sans Blair, Serena and Dan. The shot brings back some serious memories (those blue eyes, that smirk) and makes us feel pretty warm and fuzzy that the former co-stars (and former real-life roommates, lest ye forget!) are still buds.

Not only did the boys recently catch up, but half of the cast was also spotted together over Oscars weekend in what we can only hope/dream was a meetup to discuss the return of Georgina, Vanessa, et al back into our lives.

While we are dreaming up new (or revisited) couple combos and insane storylines in our heads, we may have to come back to reality and satisfy ourselves with random GG castmate shots instead. Blake recently told the LA Times, “When I finished the last season, I didn’t feel good at it anymore. I didn’t feel stimulated.” In addition to that dig at the show, Leighton Meester gave a simple “nope” when asked if a follow up was in the works. Ed Westwick also backed that sentiment to Hollywood Life stating, “I think we enjoyed ourselves on what we did, but now everyone’s off doing their own thing. We’re all very happy for one another.” We’ll take all of that as a distinct no, and pretend like random Insta shots are enough for now

Do you want a Gossip Girl reunion to happen? Let us know in the comments.