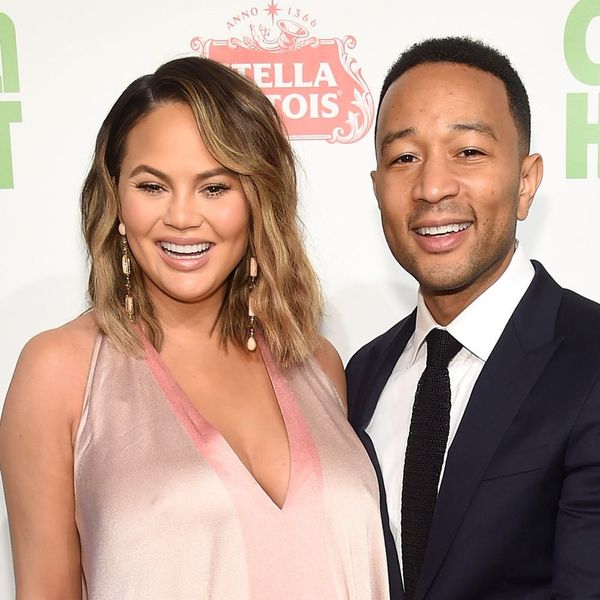 UPDATE: (May 20, 8:06 pm): John Legend revealed the inspiration for the child’s name on the 2018 Billboard Music Awards’ carpet, saying, “Every name we give to our kids I think will have a bit of musical history to it. So Miles, of course, is the same name as the great Miles Davis and Chrissy really liked the name Theodore, so we put it all together.”

Just two days after Chrissy Teigen announced the arrival of her second child with hubby John Legend in THE most Chrissy way possible (and teased that her little boy shares big sis Luna’s nose!), the Lip Sync Battle host has returned to social media once more with not one, but two major reveals: baby’s first photo and his darling name!

The supermodel, 32, made her introductions with the caption, writing, “Hello, world! This is Miles Theodore Stephens — We are drowning in his little peeps and nuzzles. Our household feels overwhelmed with love. Thank you for all your well wishes!”

Hello, world! This is Miles Theodore Stephens - We are drowning in his little peeps and nuzzles. Our household feels overwhelmed with love. Thank you for all your well wishes!

While the roll-off-the-tongue moniker seems like a perfect fit for a musical family such as the Legends, it wasn’t an easy one to come up with, as Teigen revealed to Ellen DeGeneres back in February: in fact, the couple really struggled!

“Boy names are really tough!” she told the talk show host. “I don’t even think he will have a middle name because we can’t even think of a first name,” she laughed.

Sounds like she needn’t have worried. Congratulations to the happy couple!

What do you think of Chrissy and John’s name for their baby boy? Tweet us @BritandCo.