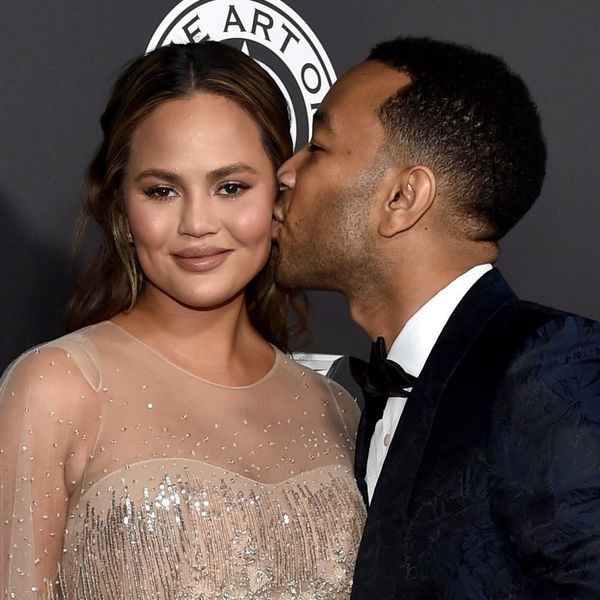 Chrissy Teigen and John Legend announced on May 16 that they had welcomed their second child, a baby boy. They didn’t share any additional information at the time, but Teigen just gave fans an adorable update on the newborn.

On Friday, a fan tweeted at the model and cookbook author to ask if the baby looks anything like his older sister, Luna, who just celebrated her second birthday. “Same nose!” Teigen replied. She also added a few other details about her son, writing, “He is a few weeks early so he’s litttttttle and makes the teeniest noises. We are in love.”

Same nose! He is a few weeks early so he’s litttttttle and makes the teeniest noises. We are in love. https://t.co/cASCxh6PvR

Neither Teigen nor Legend has shared a pic of their newest family member, but we’re betting it’s only a matter of time. Teigen has been open about all aspects of parenthood in the past, from fertility issues to pregnancy woes to postpartum depression.

Last month, she talked to The Cut about motherhood, saying, “I still hit up other people for advice all the time, especially people with two kids. That’s something I’m really curious about right now — how to deal with your first when you have a second coming along, especially when they’re so young.”

She continued, “Luckily, a lot of my best friends have two kids and they’re teaching me so much. I get really worried I’m not going to pay enough attention to Luna, but they’ve told me you actually start overcompensating and paying too much attention to your first. So there are a lot of these little things I always wonder about.”

Do your kids look like each other? Let us know @BritandCo!