Here’s Everything That’s Coming to Netflix in April 2016 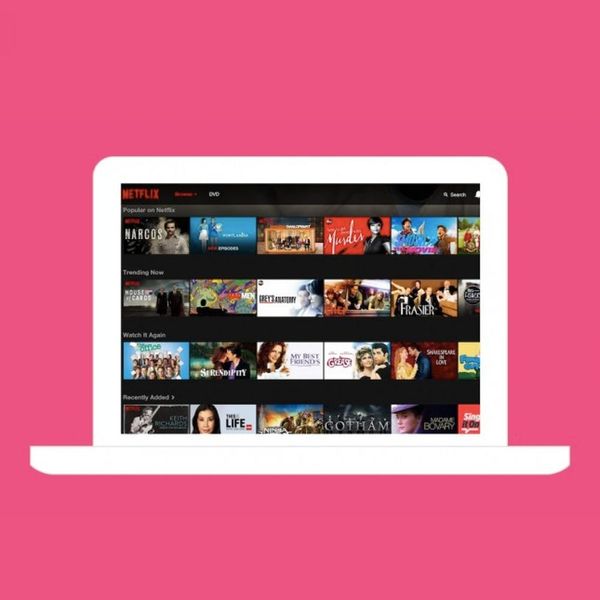 Even though spring is here, it still seems like the cold weather isn’t ready to let up yet. That’s totally fine by us, because that means another week (or month?) of grabbing our boos and BFFs and binge watching some Netflix. This month, more than ever, the streaming co is giving us some damn good reasons to not leave the house. Check out all the exciting new titles you need to add to your queue STAT (and check out what came to Netflix in March)!

ORIGINALS COMING TO NETFLIX IN APRIL

SHE’S BACK!! Yes, we’re talking about The Unbreakable Kimmy Schmidt (4/15) along with her colorful cast of characters, including roommate Titus Andromedon and her employer Jacqueline Voorhees. Other originals include Team Foxcatcher (4/29), season one of music series Lost & Found Music Studios (4/1), the anime series Ajin (4/12) and season three of Cuckoo (4/15) starring Taylor Lautner.

If you’re looking for standup though, don’t miss Patton Oswalt: Talking for Clapping (4/22). Or if straight comedy is more your style, watch Ricky Gervais in Special Correspondents (4/29) or Ashton Kutcher’s new comedy The Ranch: Part 1 (4/1). Also for the first time, Netflix is launching a movie + TV series combo for kiddies called Kong King of the Apes (4/15) where the first episode is a film and the following are regular episodes. New format? We like it! Another one for the youngins is season one of Danger Mouse (4/29).

MOVIES COMING TO NETFLIX IN APRIL

There are LOTS of familiar favorites headed your way in April that will leave you feeling spoiled. First up is the tale of Wesley and Buttercup in The Princess Bride (4/1), or catch the childhood classic My Girl (4/1). If romance is on your mind (because springtime), be sure to watch Keira Knightley and Mark Ruffalo in Begin Again (4/27), Something’s Gotta Give (4/1) or The Next Best Thing (4/1). In case you’re in the mood for something darker and more horrifying — though in different ways, watch Boogie Nights (4/1) or Stephen King’s Cujo (4/1).

Which of these titles are you excited about the most? Tweet us @BritandCo!

Kimberly Wang
Kimberly Wang writes about all things pop culture, tech, style, and beauty. She's a Bay Area transplant and has an MFA in Creative Writing from Columbia University. On a sunny New York day, you can find her hanging out with her mini schnauzer Isabelle Jellybean on a blanket in Central Park.
Netflix
Tech
Netflix Streaming
More From Tech