Here Is Everything That’s Coming to Netflix in March 2016 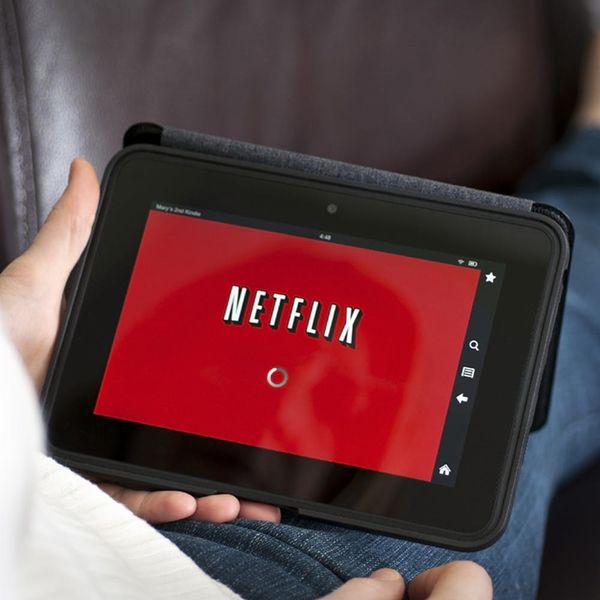 March is quickly approaching, and aside from the promise of spring (mark your cals — first day is March 20), there’s something that might be even more exciting for some: new titles on Netflix! Now we know that the streaming company has become a barometer by which people often measure their relationships, as evidenced by Netflix’s infographic on Showmance (51 percent of people consider sharing passwords a sign of a serious relationship). Try to contain yourselves, but there’s some really good stuff here. Queue up your Netflix watch list with these babies for the coming month and cuddle up with your boo… or just a really large bowl of popcorn.

ORIGINALS COMING TO NETFLIX IN MARCH

Holy moly, March is a goldmine for Netflix’s original hit series coming back. House of Cards (3/4) is returning, so you can follow Frank and Claire Underwood in the seedy underbelly of US politics. Another huge return is Marvel’s Daredevil (3/18) with season two for all your superhero action needs. For laughs, check out brand new series Flaked (3/11) featuring Will Arnett as a self-help guru. Also see seasons one and two the comedy Cuckoo (3/7), staring Andy Samberg and werewolf heartthrob Taylor Lautner as they play American hippie sons-in-law to a British family. Old classics like the 10th season of Trailer Park Boys (3/28) are back. Another knee-slapper is Netflix Presents: The Characters (3/11), a sketch comedy series featuring eight comedians doing whatever the heck they want. But if standup is what you’re looking for, check out Jimmy Carr: Funny Business (3/18).

For drama, you need to see season two of BBC/Netflix original Happy Valley (3/15) and heart-rending documentary My Beautiful Broken Brain (3/18), which follows a young filmmaker after a stroke. For the kids, there’s season two of Dinotrux (3/11), The Mr. Peabody and Sherman Show (3/18), LEGO Friends: The Power of Friendship (3/4), season one of LEGO: Bionicle: The Journey to One (3/4) and season three of VeggieTales in the House (3/25). For a serious throwback, watch season two of Popples (3/11) or Pee-wee’s Big Holiday (3/18) WITH your kiddies.

MOVIES COMING TO NETFLIX IN MARCH

Some seriously good films are making their way to your TV this coming month. Keenan and Kel are up to their good ol’ antics in Good Burger (3/1), streaming exclusively on Netflix. Other comedies include Bill Murray classic Groundhog Day (3/1). For more #tbt, check out Kevin Costner’s 1991 turn in Robin Hood: Prince of Thieves (3/1), or better yet, Pacino in Scarface (3/1). For a truly bizarre but critically acclaimed film, don’t miss Finders Keepers (3/15) about a guy who finds a missing limb in his grill and the media frenzy that ensues.

Alert all Trekkies! Star Trek: The Motion Picture (3/1) and Star Trek II: The Wrath of Khan (3/1) starring William Shatner are both making a landing in March. For drama, be sure to watch Zac Efron in the heart-warming drama Charlie St. Cloud (3/16) or prison flick Gridiron Gang (3/16).

If it’s action you seek, sate you appetite with kung-fu film Forbidden Kingdom starring the legendary Jet Li and Jackie Chan. Also don’t miss The Art of Organized Noize (3/22), a Netflix exclusive documentary that highlights pioneers of the Dirty South music movement. For the little ones, there’s the adorable animated film Frog Kingdom (3/1) and Yu-Gi-Oh! Bonds Beyond Time (3/31).

For something a little creepier, don’t miss season 17 (yes, 17!) of English detective drama Midsomer Murders (3/1) or season one of The Returned (3/9), both streaming on Netflix exclusively. For the kiddos, bookmark Yu-Gi-Oh! Zexal (3/31) seasons one and two, season one part two of Power Rangers Dino Charge (3/15), season two of Digimon Fusion (3/8) and Disney show Lab Rats (3/4) season four.

Which of these titles are you excited about the most? Tweet us @BritandCo!