Cory Booker May Have Announced His Bid for 2020, But This Is Still a Women’s Race 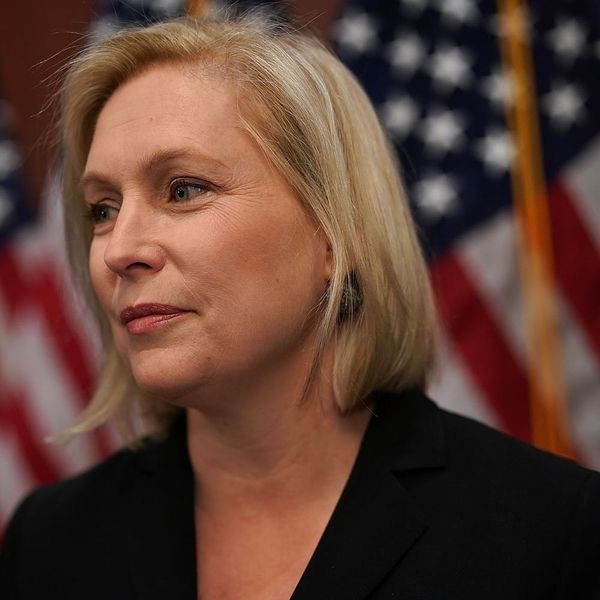 With campaign season for the 2020 presidential election officially in motion, it’s difficult to miss how a majority of the most viable Democratic contenders so far are women: Senators Elizabeth Warren, Kirsten Gillibrand, and Kamala Harris. At press time, Cory Booker remains the sole male candidate with a comparable political profile. Yet, as monumental and unprecedented as this gender ratio is, in the context of our current political moment it almost feels normal.

Women have taken a strong lead in resisting the Trump administration’s most bigoted and anti-woman policies, which have included undermining survivors’ ability to seek recourse for sexual violence, attacking access to reproductive health care, and appointing numerous judges and cabinet members with histories of either proven or alleged misogynistic behavior. The surge in women candidates who ran for office in the 2018 midterm elections was followed by an historic wave of Democratic women elected to congressional seats.

In the US and around the world, women have taken up the work of leadership, activism, and initiative on behalf of women’s rights. An end-of-the-year Amnesty International report from 2018 indicates that these worldwide, women-led movements, and their subsequent gains, are a response to “‘tough guy’ world leaders pushing misogynistic, xenophobic, and homophobic policies.”

Yet, empowering and important as the prospect of female leadership is in the upcoming election, it’s worth questioning why it seems women are the only ones willing to fight for other women.

2018 was a roller coaster year for women’s rights in the US and worldwide, from women in Ireland gaining the right to abortion to women in Saudi Arabia gaining the right to drive. The Amnesty International report serves as a crucial reminder of the gradual nature of progress. It also reminds us who is so often burdened with the backbreaking, often dangerous work of facilitating this progress: women.

The Amnesty International report doesn’t claim that men were entirely absent from women’s rights movements in 2018, but global victories for women’s rights were attributed to an overall increase in activism among women rather than men, the group that arguably bore the greater moral obligation to actively fight for change.

“Women activists have risked their lives and freedoms to bring to light human rights injustices,” the Amnesty International report notes, listing female activists like Ahed Tamimi in Palestine and Loujain al-Hathloul, Iman al-Nafjan, and Aziza al-Yousef in Saudi Arabia — all of whom were imprisoned for their work for human rights — and the murder of Marielle Franco of Brazil for her work for LGBTQ+ and other human rights.

While it’s empowering and inspiring to celebrate victories by women-led movements, it’s also discouraging to recognize how comparably rare it is for men or individuals with substantial privilege to utilize their advantages in movements for gender-based justice and progress. If there’s one thing made clear by the myriad revelations of the #MeToo movement, it’s the prevalence of gender-based violence, harassment, exploitation, and intimidation, all of which pose for women a greater risk of negative attention for speaking up and being activists. #MeToo has also exposed the toxic power of male complicity and silence in upholding misogynist power structures, and should have served as a call to action for more men to get off the sidelines and get involved in activism for women’s rights.

Danger and risk of violence aren’t the only risk factors of activism. Women activists also face the realities of mental and physical exhaustion and burnout as they shoulder the brunt of the work for their human rights and liberation. The energy expended in living under patriarchy, let alone fighting it, could be a contributing factor for the disproportionate prevalence of mood disorders like anxiety and depression among women around the world, according to the World Health Organization.

Like all members of marginalized groups, women neither caused nor created the oppression that defines their day-to-day lives. Yet, they are often forced to be the sole actors in fighting for rights and equality, often within a political climate that routinely reduces their experiences and struggles for basic human rights and survival to “women’s issues” and “identity politics.”

When women lend their voices and advocacy to issues that affect them, due to the gendered nature of credibility and biases over whose issues and experiences are perceived as important, the rights women fight for are often relegated to tangential status and erased from mainstream consciousness and media coverage. This reality renders victories for women-led movements even more difficult, and male allyship even more important.

In the US and around the world, women and girls face a number of grave realities. Globally, 35 percent of women have experienced physical or sexual violence, while maternal death rates in countries including the United States have risen in tandem with legal attacks on abortion and reproductive rights. According to the Amnesty International report, global women-led activism largely rose in response to a “growing body of policies and laws designed to subjugate and control women, especially around sexual and reproductive health.” Ideally, we would universally understand that matters pertaining to the safety and survival of women and girls are important enough to be prioritized by legislators across parties.

Around the world, women comprise a narrow but growing majority of the population in most countries. Women’s experiences and oppression are not secondary, dismissible concerns that can be shrugged off as “identity politics” or partisan wedge issues in order to uphold the common, global misunderstanding of the white male experience as a default. There’s no excuse for the fight for women’s rights and freedoms, nor the rights and freedoms of any marginalized group, to fall largely on the shoulders of those who are directly affected.

Of course, women’s leadership as detailed by Amnesty International’s report — and reflected more and more in the political sphere — is undoubtedly worth celebrating. That women are leading the movements for their rights is empowering and important, but it’s past time for us to demand that men step off the sidelines to lend their affirmation and support. And in the United States, with three viable, progressive-leaning female presidential candidates already taking the lead, men have the opportunity to do just that.