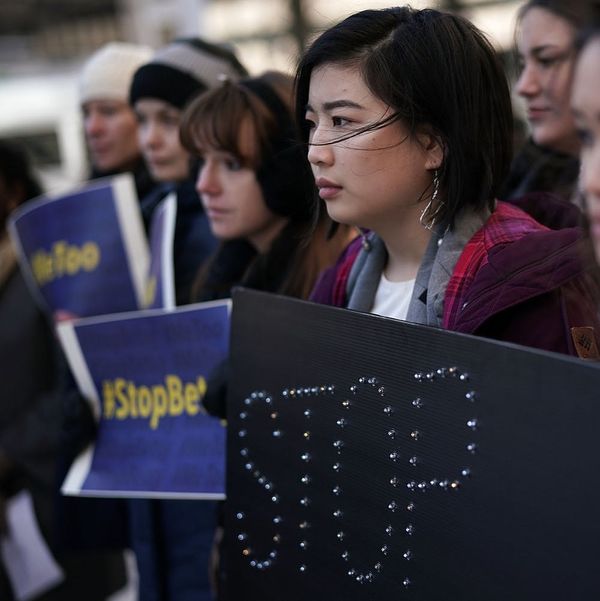 On Friday, the Trump Education Department officially released its long-awaited, proposed Title IX policy changes. Education Secretary Betsy DeVos has previously emphasized the importance of protecting the rights of men accused of sexual assault, and her proposed plan certainly delivers — at the expense of women and survivors.

The proposed policy changes include narrowing the definition of sexual harassment, from “unwelcome conduct of a sexual nature” to “unwelcome conduct on the basis of sex that is so severe, pervasive and objectively offensive that it effectively denies a person equal access to the school’s education program or activity,” which could virtually erase or dismiss many students’ traumatic experiences with harassment.

Additionally, DeVos has proposed narrowing the scope of universities’ ability to investigate cases to incidents taking place on campus or school-owned property. And most alarming to many survivors’ rights advocates, the proposed policy changes also involve allowing the accused party to cross-examine survivors.

These proposed rule changes have rightfully stoked outrage and fear for the safety and rights of survivors on college campuses. After all, a 2015 report showed an estimated 34 percent of survivors of campus sexual assault drop out of school as a result of receiving insufficient care, while an estimated more than 90 percent of campus sexual assaults are unreported. However, it’s worth noting that proposed Title IX changes won’t just affect college students: K-12 students could be even more vulnerable.

The 74 reported a steady increase in reported sexual violence complaints in US K-12 schools between 2009 and 2016. In a study by the University of Illinois at Urbana-Champaign, 43 percent of surveyed middle school students reported having experienced some form of verbal sexual harassment. And, according to Break the Cycle, an estimated 80 percent of high school guidance counselors feel ill-equipped to handle reports of sexual abuse on their campuses.

Also concerning is that already vulnerable youth are likely at the highest risk of being sexually harassed or abused at school. LGBTQ+ youth and youth with disabilities, in particular, experience sexual predation at higher rates than other groups of young people. In light of DeVos’ proposed policy changes, the higher threshold to prove sexual harassment and abuse — and narrower definition of what constitutes sexual harassment — could have an outsized impact on these marginalized students, and diminish access to the support, resources, and care they deserve.

Even without DeVos’ proposed policy changes, sexual abuse and inadequate resources and care for victims are a systemic issue in schools across the country.

In one startling case reported by The Atlantic, a female student in Georgia was suspended by her high school after she reported being assaulted on campus. The student’s lawyer also told The Atlantic that educators at her school had asked her, “What were you wearing?” at the time of the attack, and, “Why didn’t you scream louder?” The magazine reported that another student, this time in Texas, was expelled and sent to an alternative high school after telling school officials that she had been raped in the band room.

Like college students, K-12 students currently have legal recourse to file civil rights complaints under Title IX when schools mishandle reports of sexual violence. In recent years, the US Department of Education’s Office of Civil Rights has seen a surge in complaints against K-12 schools.

Younger people, in general, are more vulnerable to abuse and exploitation than university-aged students. They are also less likely to be equipped with the tools to seek help or to be comfortable reporting their experiences of predation in the first place. As such, they need even greater institutional support from their schools. It’s crucial that the effects of DeVos’ proposed Title IX changes on elementary and secondary school students receive the same national attention that college campuses do.