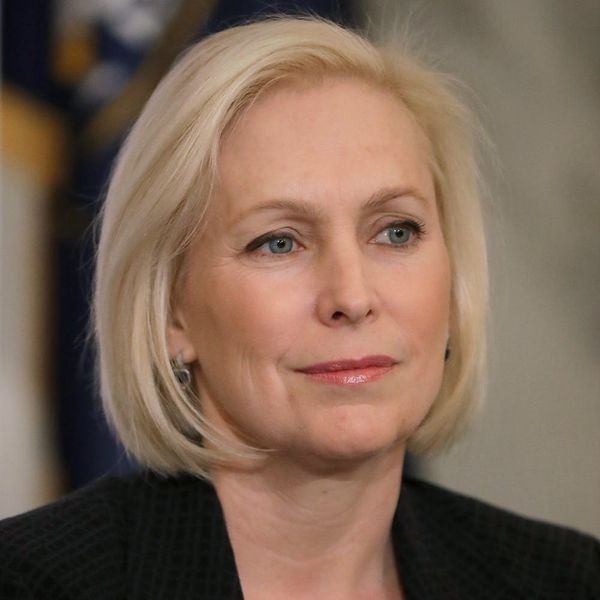 Although the election is still more than 600 days away, the Democrats now have a sixth potential contender against President Trump’s reelection bid: New York Senator Kirsten Gillibrand has become the third Democrat woman to announce her intent to run.

On The Late Show With Stephen Colbert Tuesday, Gillibrand made the announcement that, much like her Senate colleague Elizabeth Warren, she would be filing to form an exploratory committee into the 2020 bid. Generally speaking, the announcement to form an exploratory committee all but guarantees a politician will be running. Gillibrand left little ambiguity over her intent.

“I’m going to run for president of the United States because as a young mom I am going to fight for other people’s kids as hard as I would fight for my own,” she told Colbert. “Which is why I believe that health care should be a right, and not a privilege. It’s why I believe we should have better public schools for our kids, because it shouldn’t matter what block you grew up on. And I believe anybody, who wants to work hard enough, should be able to get any job training they need to earn their way into the middle class.”

TONIGHT: @SenGillibrand stops by @colbertlateshow to announce that she is forming an exploratory committee to run for President of the United States! #LSSC pic.twitter.com/vPUpF1gs8z

Gillibrand has been an outspoken supporter of women’s rights, particularly in the wake of the #MeToo movement. In late 2017, the senator called for President Trump’s resignation alongside four other senators as allegations of sexual misconduct continued to mount against him.

“President Trump has committed assault, according to these women, and those are very credible allegations of misconduct and criminal activity, and he should be fully investigated and he should resign,” Gillibrand told CNN’s Christiane Amanpour at the time. “These allegations are credible; they are numerous. I’ve heard these women’s testimony, and many of them are heartbreaking.”

In 2018, the senator, along with 21 of her colleagues, wrote a letter to the Department of Labor asking for statistics that would determine just how much workplace sexual harassment costs women. The letter explained that while workplace sexual harassment is a major issue for women across the country, “there has not been an exact accounting of the extent of this discrimination and the magnitude of its economic costs on the labor force.” The department declined to do a study.

As the weeks roll on, Senators Cory Booker and Kamala Harris are also expected to announce their presidential bids, with former vice president Joe Biden, Senator Bernie Sanders, and former Texas representative Beto O’Rourke all said to be weighing their options for the election. Though campaign season has technically begun, the action won’t ramp up until the Iowa caucuses in February 2020, 13 months from now.