The Typical American Birth Costs More Than the Royal Baby’s 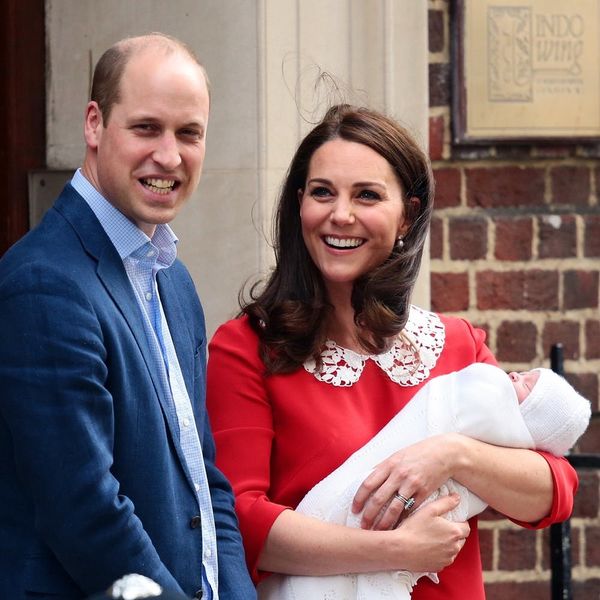 With the royal birth of Prince Louis, Prince William and Kate Middleton’s third child, came the royal treatment. Like her other births, Middleton labored and delivered in the Lindo Wing of London’s St. Mary’s Hospital, which is known to have world-class maternity care, as well as private deluxe suites and hotel-like services such as afternoon tea. But while Prince Louis’ birth seems to have cost a pretty penny (or pound), it may have cost less than that of the average American baby.

How much did the birth of His Royal Highness Prince Louis Arthur Charles cost? Calculating an exact cost isn’t easy. According to the Lindo Wing’s maternity price menu (how amazing would it have been to actually have had a price menu given to us BEFORE choosing a hospital and having the baby?!), a standard room package costs £5,900 per night, or around $7,970, and a deluxe room package will set you back £6,275, or roughly just over $8,500. That includes midwife services, blood tests, nursery care, meals, and celebration afternoon tea. If you add on obstetrician and anesthesia services, scans, nonroutine take-home medication, and other extras, you’re looking at a higher cost.

As this wasn’t Middleton’s first Lindo Wing delivery, it’s likely that she got to pay less; the hospital offers a 10 percent discount for repeat deliveries. While Kensington Palace hasn’t officially announced the price tag of the royal birth, an $8,500+ bill (that’s without insurance) might not be so bad in comparison to what American families pay — especially when you add in the suite and hotel services!

Of course, not all British births are like Middleton’s. Even though there are plenty of British mums who can afford the Lindo Wing (or similar private health services), most women aren’t paying nearly what their US counterparts are.

In the US, the cost for a vaginal delivery at a US hospital averages just over $10,800, with the high-end potential expense reaching more than $18,300, according to the International Federation of Health Plans 2015 Comparative Price Report. C-sections, which are more involved, can cost between $11,400 to $28,400. Other sources estimate even higher prices: A 2013 study by Truven Health Analytics showed the average total costs of vaginal and C-section births were around $32,000 and $51,000, respectively. However, a majority of those costs are usually covered by insurance.

The US is the most expensive country in which to give birth, and there are a number of factors that account for the higher cost that vary from state to state, such as the private health insurance industry and a fee-for-service payment system (where charges quickly add up based on the quantity of services/treatments provided). In addition, according to the Public Library of Science, on average, women in the US stay in the hospital for two days after birth, while women in the UK stay for 1.5 days (though Middleton left a mere seven hours after the arrival of the littlest prince). But even with extra amenities and swanky delivery room digs, the royal baby’s birth almost seems like a bargain relative to that of an average American baby.

What do you think about the cost of childbirth in the US? Share your opinion and tweet us @BritandCo!

Erica Loop
Erica Loop is a freelance writer living in Pittsburgh. When she's not busy creating kids' activities for her blog Mini Monets and Mommies, you can find her trying to hang out with her teenage son, being chased by her two Olde Boston Bulldogs or teaching a children's karate class (she's a third degree black belt!).
Kate Middleton
Pregnancy
Kate Middleton Pregnancy Royal Baby Royal Family