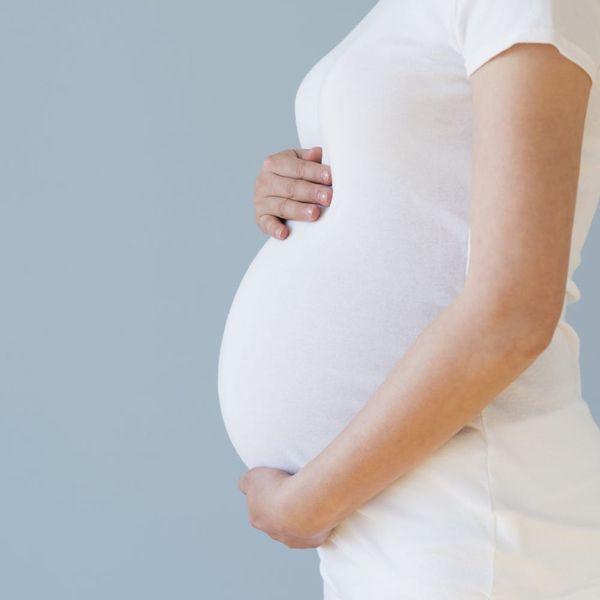 There’s a Facebook group called Pot Smoking Moms Who Cuss Sometimes. Many of its over 2,500 members see marijuana as a natural tool for managing the many ailments that come with pregnancy and motherhood, from morning sickness to postpartum anxiety and depression. Other moms in the group (whose description reads “for moms who just wanna get stoned with some other moms and play at the park”) look at pot-smoking as a way to loosen up, have fun, and connect with other parents.

In many parts of the country, both of these uses are legal — currently, nine states plus Washington DC allow recreational use of marijuana, while it’s legal for medicinal purposes in 29 states.  But just because marijuana isn’t punishable by law doesn’t mean it’s a safe option for everyone, especially pregnant and breastfeeding mothers.

In January, NPR debunked the assumption that pot and pregnancy are compatible just because marijuana is “natural.” THC, the psychoactive component of marijuana, can cross the placenta and harm babies in utero, according to researchers.Studies also show that marijuana use during pregnancy can cause issues with a baby’s brain development, can lead to low birth weights, and can increase the risk of stillbirth.

Still, many women who struggle with nausea, pain, or anxiety during pregnancy feel more comfortable with non-pharmaceutical solutions. If THC is what makes pot dangerous for pregnant woman, could CBD, the non-psychoactive compound in the marijuana plant, be a safer alternative?

Because CBD (cannabidiol), one of the 80 cannabinoid chemicals in the marijuana plant, doesn’t contain THC, it doesn’t result in the euphoric high associated with marijuana — but it still might present some of the same benefits of medicinal marijuana because of the way it interacts with receptors in the brain.

Clinical studies have shown CBD, which is often applied topically as an oil or taken orally as a tincture, to be therapeutically useful for managing anxiety and depression, chronic pain, sleep disorders, and even seizure disorders. There’s also clinical evidence that CBD can be effective in suppressing nausea and vomiting, both of which are common conditions in pregnancy.

In spite of these reported benefits and recent legislation making it legal in some states, marijuana is still a Schedule I drug, which means it’s not regulated like FDA-approved medications and supplements for safety, efficacy, and security. For this reason, women may be better off opting out until after pregnancy and lactation.

Dr. Talitha L. Bruney, medical director for the Comprehensive Family Care Center, Department of Obstetrics & Gynecology and Women’s Health at the Montefiore Health System, says that although she recognizes CBD’s clinical benefits, the absence of government regulation is one reason why the American Congress of OB-GYNS (ACOG) advises OB-GYNs against recommending all cannabinoids for pregnant women. So while CBD itself could theoretically be effective for certain conditions in pregnancy, lack of regulation means there’s no way to ensure what you’re putting in your body is safe for your or your growing baby.

“There are no regulations on what dosage is appropriate or what form of delivery is appropriate, and there are no standardized formulations,” she tells Brit + Co. “Because none of that exists, people just get it in different forms and doses.”

The absence of FDA approval also means lack of clinical trials for CBD in general and how it affects pregnant women and their babies, Bruney says. Because of its recent legalization, medical marijuana’s benefits and safety have been a common topic of discussion in the media, but there’s not enough data to determine whether it’s a safe option for pregnant individuals. “A lot of the scientific information coming out is about seizure disorders or multiple sclerosis, so it’s not specific to pregnancy,” she says. “So far, there is potential in terms of the other therapeutic benefits of medical marijuana, but there’s just not sufficient data for pregnant women.”

The lack of clinical evidence that CBD is effective for use in pregnancy, paired with the data showing cannabinoids can be harmful to both moms and their babies, means the potential of benefits just isn’t enough to outweigh the risk. “Because of the lack of data and information, it is strongly recommended that women adhere to medically approved medications or alternatives for certain conditions,” Bruney says.

So although CBD may not have immediately grave effects, just like one glass of wine during pregnancy is unlikely to harm a fetus, there’s no way to know the safest amount. If you’re facing concerns about your mental or physical health during pregnancy, it’s best to discuss a treatment plan with your doctor, who may be able to recommend safe, natural alternatives to medication.

What are your thoughts on medical marijuana? Let us know at @BritandCo.