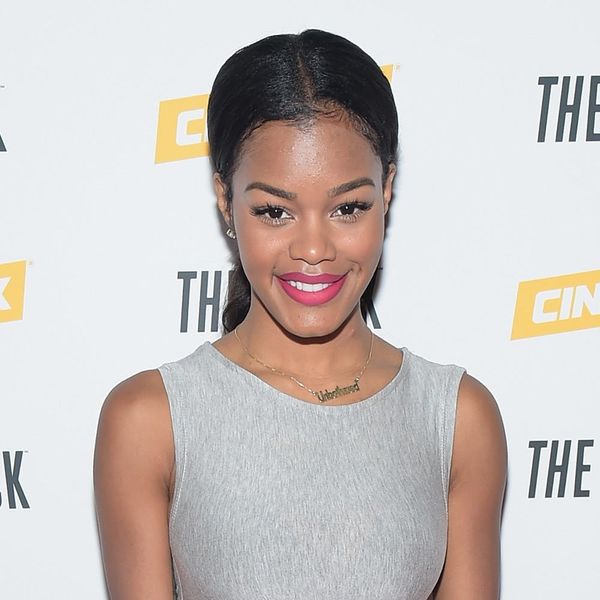 Alicia Keys and her makeup-free controversy, Michael Phelps’ amazing reaction to Jimmy Fallon’s Ryan Lochte impression and Rihanna handing Drake a vicious burn were just a few of the highlights from the 2016 VMAs. But when Kanye debuted his new video for “Fade,” everyone was not only wondering who the wildly talented dancer was, but we also wanted to know just how she stays so fiercely fit.

Teyana Taylor is her name and she’s not only a dancer, but a singer herself. And a new mom! In Kanye’s Flashdance-to-the-extreme vid, Teyana not only worked up a fine sweat, she also earned countless new fans and gave us some serious #fitnessgoals. So how does she do it? Not the way you’d think.

Teyana revealed to E!, “Dancing is my workout. I just dance.” That’s totally do-able and a fun way to get yourself moving. So is it a super restrictive diet that gives her such a toned and muscular form? Nope. A source told E! that Teyana “eats everything… Eating healthy is not her thing. She is the kind of girl that eats donuts and candy for breakfast.” Might not work for everyone, but it’s certainly working for Teyana.

Were you wowed by Teyana’s super fit bod? Tweet us @BritandCo!

Desiree O
Desirée O is a ‘Professional Bohemian’ who loves anything and everything related to the arts, entertainment, and pop culture. She ADORES being a ‘Newsy’ for Brit + Co, covering all of the latest tidbits of awesomeness that you want to read about. When she’s not writing, she’s either making messy art, going on long adventurous walks with her camera, or poking around over at bohemianizm (http://www.bohemianizm.com/). You can find out about Desirée O and her work at http://DesireeO.com/ or follow her on Twitter @DesireeO.
Diet
Health
Diet Fitness
More From Health