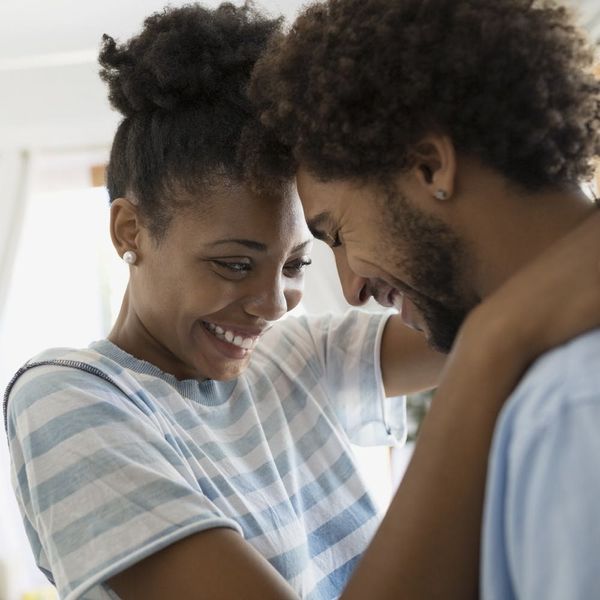 Pop culture is filled with stereotypical representations of extreme age gaps between partners. We’ve all seen it — the bubbly twenty-something trailing behind the wealthy older man, the middle-aged Real Housewives-type clad in animal print in hot pursuit of a younger boyfriend. While Hollywood may glamorize these May-December romances, do we really know how often these large age differences lead to relationship success in the real world?

Dating app Coffee Meets Bagel has taken one step toward understanding the mysteries of the age gap. Last year, they compiled data to find patterns in the ages at which heterosexual users “liked” a potential match. While these findings can’t predict the age difference that will guarantee your happily ever after, they do shed an interesting light on what our fellow app users are seeking in a potential S.O. Keep reading for seven highlights from CMB’s study.

1. For women, the ideal partner is roughly the same age. Many women “like” men who are a bit older than they are, but there is a sharp decrease in interest when it comes to younger men. Generally speaking, it seems women are more likely to pursue male users whose birthdays are not too far away from their own.

2. Women are less interested in an extreme age difference. For those women who are interested in older or younger men, the smaller the gap, the better. No matter their own age, female CMB users appear less attracted to a partner who is super removed from them chronologically.

3. At least on CMB, women are more prone to “liking” matches than men are. Across the board, female CMB users expressed interest in more potential matches than their male counterparts.

4. Older men become more attractive to women with time. As female users age themselves, they are more likely to hit “like” for a guy who is older than they are.

5. What we’ve heard is true — for men, younger love interests are preferred. According to the Coffee Meets Bagel data, it seems that there is no point in a man’s life at which a younger women suddenly becomes less attractive. Male users almost always “like” the younger — and younger, and younger and younger — options.

6. Men seem to care less about a woman’s age relative to their own. While the findings on female users indicate that women pay more attention to how close in age a potential match is to them than to that person’s actual age, the opposite is true for male users. Absolute age is more important.

7. There’s nothing inherently scary about the big 3-0. What’s the good news? As a woman, there’s no need to panic about the dating app game when you enter your 30s. CMB’s findings show that turning 30 doesn’t suddenly reduce your chances of getting “likes.”

Do you think there is an ideal age gap in a relationship? Tweet us @BritandCo!

Alli Hoff Kosik
Alli Hoff Kosik is a freelance writer who is passionate about reading, running, rainbow sprinkles, her lipstick collection, watching embarrassing reality TV, and drinking pink wine. She lives in Brooklyn with her husband and (in her dreams, at least) three golden retriever puppies. Listen to her talk books on The SSR Podcast.
Dating
Relationships
Dating Halloween
More From Relationships