This Is the Ideal Age Difference for a Lasting Relationship 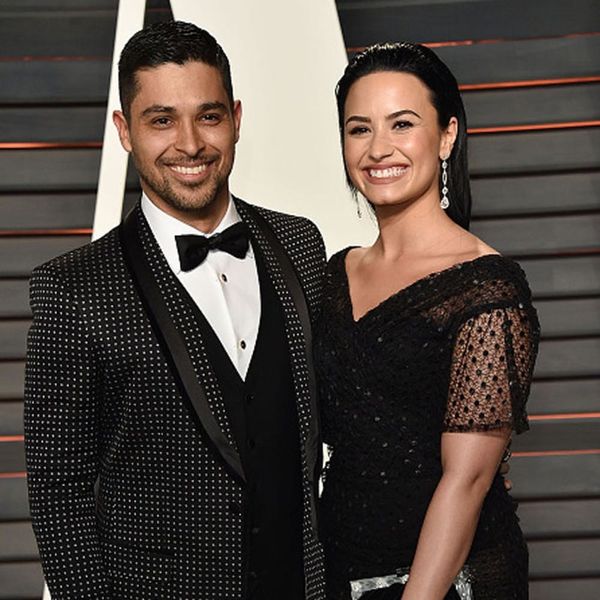 On a recent episode of 2 Broke Girls, 20-something Max (Kat Dennings), who’s dating a guy about 10-12 years her senior, tells Caroline (Beth Behrs), who has been set up with a 75-year-old played by silver fox, George Hamilton: “If me and Randy are May-December, you two are May-Dead.” Well, research shows that Max may be right… and wrong.

A 2014 study out of Emory University shows just how important the age gap may be when it comes to the lasting success of a relationship. The study looked at 3,000 people and found that a larger age gap means a more likely chance of divorce. In fact, it found that any kind of gap puts you at a higher risk for divorce. A five-year age gap means you’re 18 percent more likely to divorce, and it goes all the way up to 39 percent for a 10-year age difference. And for 20 years? It’s nearly 100 percent! Forget May-December. Even May-April 15 romances may not work, depending on various other factors.

Though we’ve seen our fair share of celebrity marriages with big age gaps not work out (hello, Demi and Ashton + Katie and Tom) we actually see a lot of success stories. The study also found that the longer you stay together, the less likely you are to divorce. If you make it for at least two years, you’re already 43 percent less likely to split up.

This is good news for newlyweds Mary-Kate Olsen and Olivier Sarkozy, who have a 16-year gap between them, Demi Lovato and Wilmer Valderrama, who have a 13-year one, Blake Lively and Ryan Reynolds, who have an 11-year gap, and Rosie Huntington-Whitely and fiancé Jason Statham, who have 20 years between them. Lovato and Valderrama are going on four years together, Lively and Reynolds started dating in 2011 before marrying in 2012, Olsen and Sarkozy dated for two years before marrying in the fall and Whitely and Statham have been dating for six years. So all of these couples have a pretty good shot of making it for the long haul. But, then again, they arecelebrities — so they’ve got that going against them…

But! Celebrity status aside, if any of these couples hit the 10-year mark, they’ll already have more than a 90 percent chance of lasting forever — or, you know, until death do them part.

What do you think of this study? Tell us @BritandCo!

Meredith Lepore
Meredith is a freelance writer/editor who writes for Levo League, Bustle, Refinery 29, Instyle.com as well as magazines including Marie Claire, SELF, Women's Health and Cosmopolitan. Before going freelance she was Editor in Chief of the women's career site The Grindstone. She earned her Masters in Magazine, Newspaper and Online Journalism from the Newhouse School at Syracuse University. Meredith resides in New York full time and enjoys SoulCycle, jogging and playing with her Yorkshire Terrier Otis, who also loves SoulCycle.
Relationships