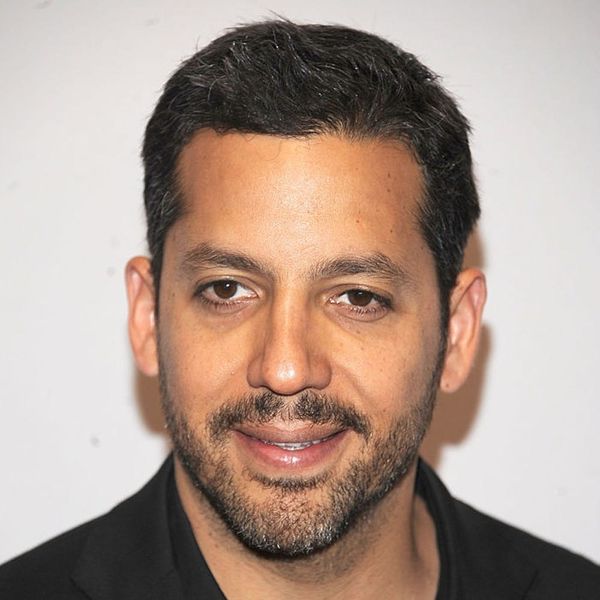 Magician David Blaine has made a name for himself by attempting some of the most dangerous stunts imaginable, but during his most recent primetime TV special, ABC’s David Blaine: Beyond Magic, the 43-year-old proved just how real the dangers of being a magician can be.

The show, which was filmed inside Las Vegas’s MGM Grand Garden Arena in front of 20,000 fans, including the ever-handsome David Beckham, featured Blaine’s much hyped-about bullet catching trick… which could have cost him his life.

In short, the trick, which Blaine successfully premiered way back in 2010, saw the magician pulling a string to fire a rifle in order to then catch the bullet in a metal cup that was attached to a mouth guard covering his gums. That didn’t happen, however, because the metal cup slipped out of place and things quickly took a turn for the worse.

“Time just started to move really slow,” Blaine recalls in the clip above, which shows the heart-stopping accident that’s still making us wince. “When the bullet struck the cup, there was a high-pitched ringing in my ears and I felt an impact on the back of my throat. I was sure the bullet went right through my head and that I was dead.”

Luckily, doctors found he was, in fact, alive and merely suffering from a lacerated throat, though it’s unclear whether he was hit by a piece of the mouthguard (which shattered) or something else. While the magician is expected to make a full recovery, it was enough to terrify his loved ones: According to The Daily Telegraph, David’s friends have refused to ever help him orchestrate the bullet catching trick again. Good call, guys! YIKES!

What do you make of David Blaine’s boundary-pushing tricks? Tweet us @BritandCo.