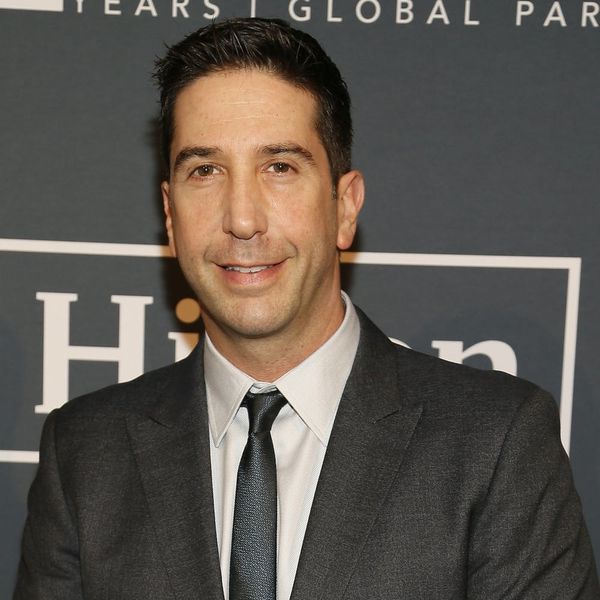 When a fake Friends trailer popped up last month, it not only gave us ALL the feels, but it also had people wishing for the real thing. And while Lisa Kudrow said she thinks “something should be done” to satisfy fans, David Schwimmer thinks the past should stay in the past.

During an interview on Megyn Kelly Today earlier this week, the actor, who played Ross Geller during the series’ decade-long run from 1994 to 2004, dashed our hopes about a potential on-screen reunion, saying, “I doubt it [will ever happen], I really doubt it.”

He went on to elaborate on why, saying, “Look, the thing is, I just don’t know if I want to see all of us with crutches [and] walkers.”

On top of that, the stars of the show are all very busy these days. Schwimmer, who appeared as Robert Kardashian in American Crime Story’s retelling of the OJ Simpson trial, is currently featured in both a strange Skittles Super Bowl commercial and a series of PSAs about sexual harassment, which he co-produced with Israeli writer/director Sigal Avin. And Kudrow just popped up on the latest season of Grace and Frankie (which was perfect casting, TBH).

Courteney Cox, Jennifer Aniston, Matt LeBlanc, and Matthew Perry have also appeared on-screen regularly since Friends ended. Occasionally, there are mini reunions — Perry, Aniston, and Kudrow all appeared individually on Cox’s Cougar Town, for instance — but it sounds like we won’t see the whole gang together at Central Perk anytime soon.

At least we can continue to relive the good old days on Netflix.

Would you like to see a Friends reboot or do you think we should leave it in the past? Let us know @BritandCo!