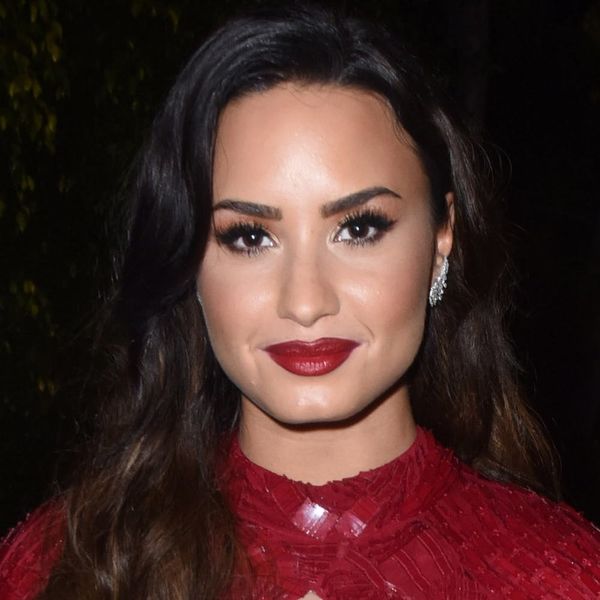 Demi Lovato, who is currently embracing singledom, is no stranger to speculation about her dating life. For the most part, however, the “Sorry Not Sorry” singer has remained largely coy when it comes to answering questions about her sexuality, particularly in the wake of her hit track, “Cool for the Summer,” which included lyrics which many believed to include lesbian references. “I’m not confirming and I’m definitely not denying,” she told Alan Carr on his UK show, Chatty Man. Now, the 25-year-old tells PrideSource she’ll soon be setting the record straight — but on her own terms.

Admitting that her controversial 2015 single “Cool for the Summer” was indeed about “fun and bi-curiosity,” the pop star revealed why she prefers not to speak out about the topic, despite her status as a LGBT advocate. “I just feel like everyone’s always looking for a headline and they always want their magazine or TV show or whatever to be the one to break what my sexuality is,” she told the mag, declaring, “I feel like it’s irrelevant to what my music is all about.”

Continuing on, she added, “I like to keep my personal life as private as possible when it comes to dating and sexuality and all that stuff just because it has nothing to do with my music. Unfortunately, we live in a world where everyone is trying to get that soundbite and I am purposefully not giving the soundbite.”

That doesn’t mean she won’t ever reveal her truth in her own time, however, with the “No Promises” singer teasing her latest project, which she says will shine more light on the matter. “Watch my documentary,” she say in reference to Demi Lovato: Simply Complicated, set to premiere on YouTube on October 12. “I answer a lot of questions in my documentary.”

After all, as she explains, “If ever I want to talk about it, I want it to be on my own terms.”

Watch the trailer for the film here.

Will you be tuning into Demi’s documentary? Tweet us @BritandCo.