Demi Lovato’s Reaction to Missing a High Note Was Priceless 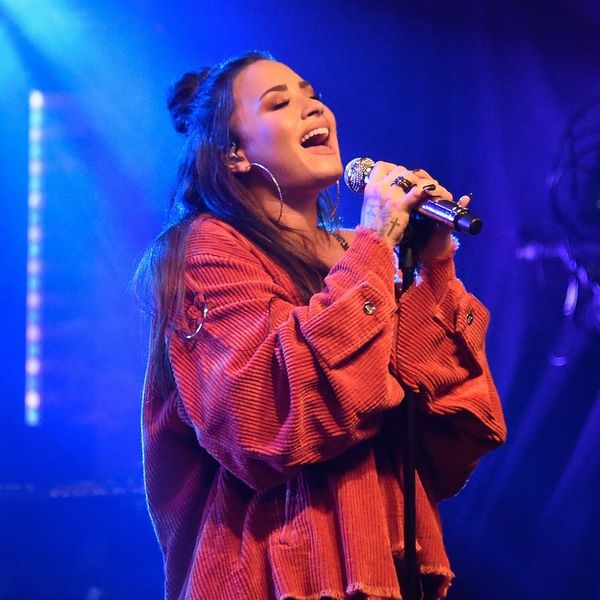 Demi Lovato may have had a smooth reaction to the rumors that “Ruin the Friendship” is about Nick Jonas, but she wasn’t quite as unflappable when she messed up at a recent performance.

Thrilling fans at her iHeartRadio release party with a lovely rendition of “Stone Cold” from her new album, Tell Me You Love Me, the 25-year-old was about to hit one of the song’s high notes when — oops — her voice cracked. Lovato seemed as shocked as the audience, and reacted with an immediate, “F*ck!” She then admitted, “I don’t know what to do,” which earned chuckles and cheers from the crowd. Ultimately, she proved herself wrong by continuing the song and showing once again why she’s a true queen of the stage.

According to PopSugar, she later told the evening’s host, Elvis Duran, “That’s what we call not lip-syncing.”

Lovato also took to Twitter during the event to call out the minor mishap, which ended up being just another awesome moment in her already memorable career. “Even when I lose my voice on stage my fans know how to keep me from being down … thank you my Lovatics I love you,” she wrote. The feeling is mutual, no doubt.

Even when I lose my voice on stage my fans know how to keep me from being down.. thank you my Lovatics I love you

TBH, since we all experience seemingly unavoidable mistakes at one point or another, Lovato’s tiny flub just makes her that much more relatable and endearing.

What do you think about Demi Lovato’s minor mishap? How would you have reacted in that situation? Let us know @BritandCo!