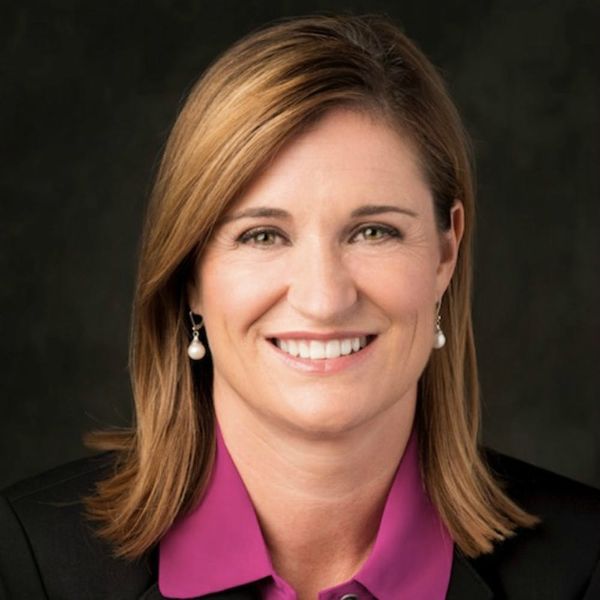 Republican Senator Orrin Hatch has almost become synonymous with his home state, having served seven (seven!) consecutive terms. But he Hatch announced Tuesday that after 28 years, he will be retiring from public office. While GOP members look to former presidential candidate Mitt Romney to fill Hatch’s shoes, it’s the Democratic front-runner, Jenny Wilson, that’s got many Utahans excited about the 2018 election cycle.

While Wilson had already planned on running for the Senate seat held by Hatch, his retirement brings a whole new playing field to Utah’s election cycle. Utah is a GOP stronghold, but as a current councilperson for Salt Lake City, Wilson could be the shake up the state is looking for.

When Hatch handily supported the president’s tax bill late last year, Wilson spoke out against the man she believed she was running against in the upcoming election year, saying that the legislation he supports only benefits major corporations and not regular people, telling reporters last month that the $1.4 trillion dollars the bill would add to the deficit will be, “handed down to the next generation.”

While I’ve disagreed with his approach, I appreciate @SenOrrinHatch’s years of service to Utah. His retirement means I’ll now face an unknown opponent in 2018. I'm ready for this fight. Join my team now: https://t.co/6fpg6tL4HKhttps://t.co/8KoAuTn1xB

A fifth-generation Utahan (her dad was once the mayor of SLC), and the first woman elected to SLC’s council back in 2005, Wilson is interested in ethics and criminal justice reform, government efficiency and environmentalism. According to her website, in 2010, she co-founded an organization that helps provide resources to local communities along the state’s Jordan River in order to ensure responsible development and planning.

While the election is still 11 months away, Wilson is optimistic that her home state and the people in it want to see change. Besides her work in politics, the mom of two has produced documentary films and worked for the Sundance Institute.

Do you think Utah will elect its first woman senator this year? Tell us @BritandCo!