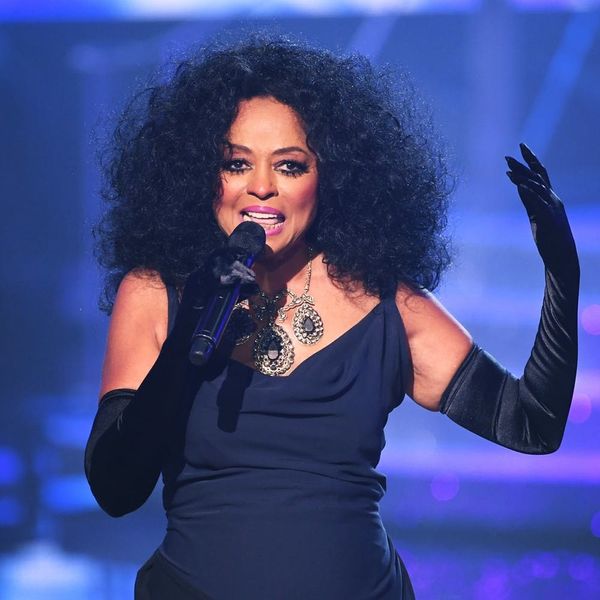 The 2017 AMAs started on a serious note, with a heartfelt tribute to heroic first responders who have dealt with numerous tragedies throughout the year, but they ended on a joyous one. Diana Ross was this year’s Lifetime Achievement Award recipient, and the whole presentation — from her video tribute, to her performance, to her acceptance speech — was exactly the uplifting moment we all needed in 2017.

Throughout the night, people such as Taylor Swift and Barack and Michelle Obama appeared in video testimonials honoring the R&B icon. Immediately preceding her performance, an inspiring montage of some of her most memorable moments from the ’60s through today played out like a history lesson in how to be the best.

Ross then took the stage to perform a medley of some of her most recognizable hits. From “Ain’t No Mountain High Enough” to “I’m Coming Out” to “Ease on Down the Road” and more, Ross proved just how vital a cultural force she remains to this day.

The Supremes singer’s daughter, Black-ish star Tracee Ellis Ross, just so happened to be tonight’s AMAs host, but she wasn’t the only family member on hand: Toward the end of her medley, Ross called all of her young grandchildren on stage to dance out the last number, creating a moment so genuinely sweet that it was too cute for words. When it came time for her acceptance speech, she called up her children, as well as old friends and colleagues, such as Motown star Smokey Robinson, to join her as well.

“With no apology and all of your power, with integrity, grace, and generosity, you blazed a way,” Ross’ daughter Rhonda Ross Kendrick said when presenting her mother with the award. “Not just for us, your children, not just for women, not just for black folk or singers or performers or entrepreneurs, but for all of us!”

Ross closed her speech by reminding viewers it was “all about love.” Congrats on an honor well deserved.

Do you have a favorite Diana Ross song? Let us know @BritandCo!