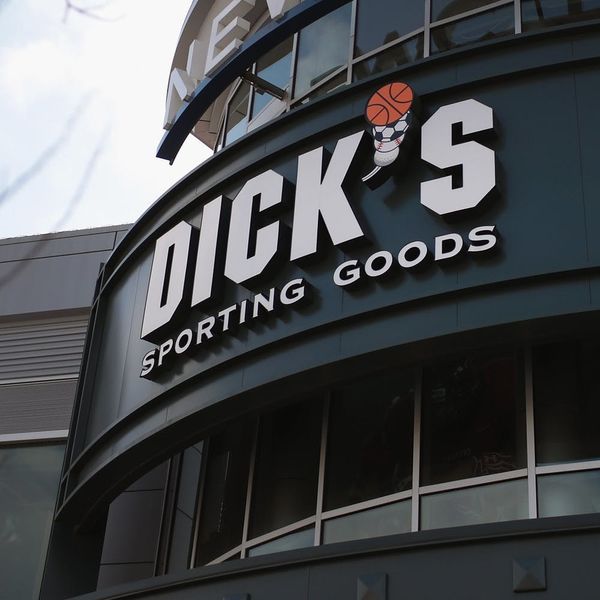 In the aftermath of the Sandy Hook school shooting, national sports retailer DICK’s Sporting Goods temporarily suspended sales of assault rifles. In the wake of Parkland, however, the company has reexamined their role in gun safety and announced today that they will yet again remove the deadly weapons from their stores — but this time they say it’s permanent.

After Sandy Hook, DICK’s announced the removal of assault rifles from their main stores, but continued to sell the weapons at their Field & Stream stores. In a tweet today, the company said they’d be pulling the guns from those stores, too, effective immediately and going forward. They also called on lawmakers to make necessary changes to laws in order to stop access to these weapons outright.

“We implore our elected officials to enact common sense gun reform and pass the following regulations,” the company tweeted. Besides a ban on all assault-style firearms, DICK’s is seeking support in changing laws so that no one under 21 can access guns, a nationwide ban on high capacity magazines and bump stocks, universal background checks that include mental health info, a universal ownership database, and a closing of the gun show loophole that allows regular folks to buy, sell, and trade weapons at gun shows without required checks and balances.

At the same time, we implore our elected officials to enact common sense gun reform and pass the following regulations: https://t.co/J4OcB6XJnu pic.twitter.com/VUuFKkyk6c

“We hope others join us in this effort to let our kids know that their pleas are being taken seriously,” the company said in their statement. “Some will say these steps can’t guarantee tragedies like Parkland will never happen again. They may be correct — but if common sense reform is enacted and even one life is saved, it will have been worth it.”

“We deeply believe that this country’s most precious gift is our children,” the statement closed. “They are our future. We must keep them safe.”

DICK’s CEO Edward Stack further clarified the company’s position on Good Morning America today, telling George Stephanopoulos that he’s a staunch supporter of the second amendment, but that he sees common sense reform as necessary. “Based on what’s happened and looking at those kids and those parents, it moved us all unimaginably,” Stack said.

The change in policy comes after the company learned that the Parkland shooter, Nikolas Cruz, purchased a gun at a DICK’s-owned store. According to reports, it was not the gun (or even the type of gun) he used in the shooting, but Stack was still shaken. “We did everything that the law required and still he was able to buy a gun,” Stack admitted to Stephanopoulos. “When we looked at that, we said, ‘The systems that are in place across the board just aren’t effective enough to keep us from selling someone a gun like that.'”

And while the sporting goods company is prepared for backlash, they won’t reverse their position. “We’ve just decided that based on what’s happened with these guns, we don’t want to be a part of this story and we’ve eliminated these guns permanently.”