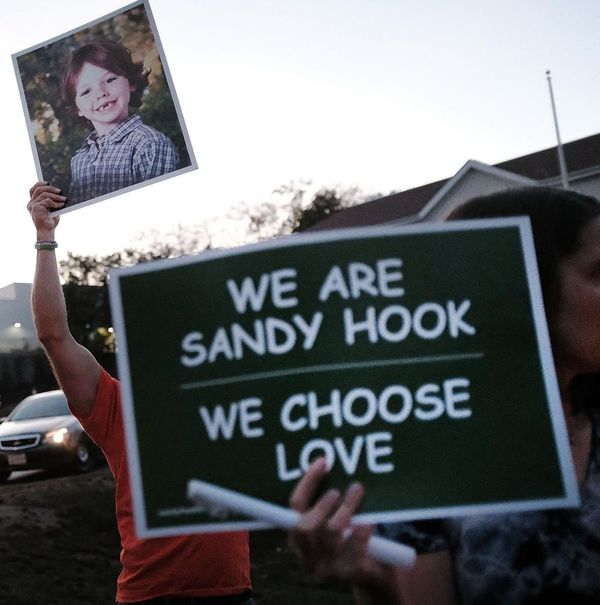 When the Sandy Hook Elementary School shooting happened in Newtown, Connecticut in 2012, many thought that the incident would change the way that guns were sold in the country. At the time, then-President Barack Obama visibly cried when discussing the tragedy. In the years since, however, we’ve had increasing numbers of mass shootings, including last year’s Orlando nightclub shooting and October’s Las Vegas shooting, which left 59 dead and over 500 injured.

The families of the children and teacher lost at Sandy Hook have not been mourning in vain, however, and will be heading to a Connecticut Supreme Court later this week to argue that, in addition to shooter Adam Lanza, gun manufacturers should share the blame in the death of their children.

Currently, there is a 2005 law on the books, called the Protection of Lawful Commerce in Arms Act, which protects gun companies from being sued by victims of gun violence. A lower court in Connecticut has already argued that this case couldn’t be tried due to that law, but family lawyers are hopeful that a different tactic will yield better results.

“It doesn’t make sense that these products are free of liability,” said David Wheeler, whose six-year-old son, Benjamin was killed while at school in Sandy Hook. “It’s not a level playing field. It’s just not right.”

Incredibly, the family of the man who designed the AR-15 gun — which was used by Lanza in the Sandy Hook school shooting — is on board with the Wheelers and the other eight families involved in the suit.

“Our father, Eugene Stoner, designed the AR-15 and subsequent M-16 as a military weapon to give our soldiers an advantage over the AK-47,” the Stoner family told NBC News in 2016. “He died long before any mass shootings occurred. But, we do think he would have been horrified and sickened as anyone, if not more by these events.”

Lawyers for the families will argue that guns like the AR-15 or other assault rifles were never intended for civilian use, and in marketing and selling them to the general population, the Lawful Commerce in Arms Act cannot protect gun manufacturers from selling the assault rifles.

This is a bold move, as lawyers for the families hope that it will break down the federal protections that gun manufacturers currently have in place. The firearms industry is incredibly secretive, and the New York Times reports that the Sandy Hook families hope that by forcing secret internal documents into the public eye, people will change the way they think about gun companies.

The case could also open a new avenue for the family members of victims of other shootings. If successful, it would set a precedent for the loved ones of gun crime victims to be able to sue gun manufacturers for “culpability,” meaning that manufacturers would share an equal part of the blame.

December 14 marks the fifth anniversary of the Sandy Hook shooting.

What do you think about this lawsuit? Tell us @BritandCo!