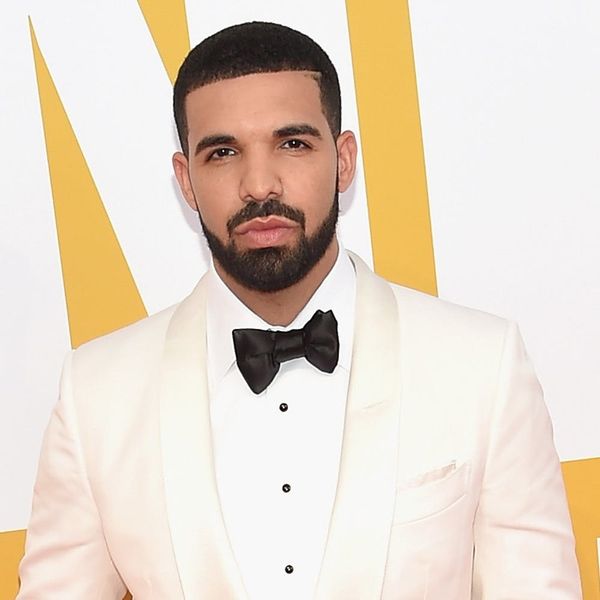 Usually when we talk about Drake, it’s because of his music (or sometimes his relationships). But today he’s in the spotlight for another reason. The best reason. The rapper just debuted his “God’s Plan” music video, in which he gives away nearly $1 million to people and programs in Miami. (Yes, you read that right!)

The video opens with a message reading, “The budget for this video was $996,631.90. We gave it all away. Don’t tell the label.” But we have a feeling they won’t mind. The 31-year-old does so much good in the nearly six-minute video that we’re pretty sure our hearts have grown three sizes just watching it.

Drake called this video the “most important thing” he’s done in his career, and we can see why he feels that way every time we see the reaction on someone’s face when he surprises them with a truly generous gift.

Taking to the streets of Miami with Director X and Karena Evans, the Canadian native uses a megaphone in a grocery store to announce that he’ll pay for anything and everything the shoppers want to buy. And that’s just the start of his good deeds.

Drake then gives one lucky lady a (giant) check to cover her tuition at the University of Miami before handing over a massive stack of cash to a woman and her son, who are moved to tears by the gesture. He does the same for several other people, including one family who is struggling while the father looks for work.

Throughout the video, he continues to meet up with unsuspecting fans, not only giving them a thrill by just showing up, but also making a difference in their lives with funds that would otherwise have been spent on video props and expensive set locations. He makes donations to a women’s shelter and a fire station, gives money to after-school programs, buys toys and cars for various strangers, and even takes a few fans on a shopping spree.

Well done, Drake! This is definitely the kind of incredible thing we love to see from celebs.

What do you think about Drake giving away nearly a million dollars in his “God’s Plan” video? Let us know @BritandCo!