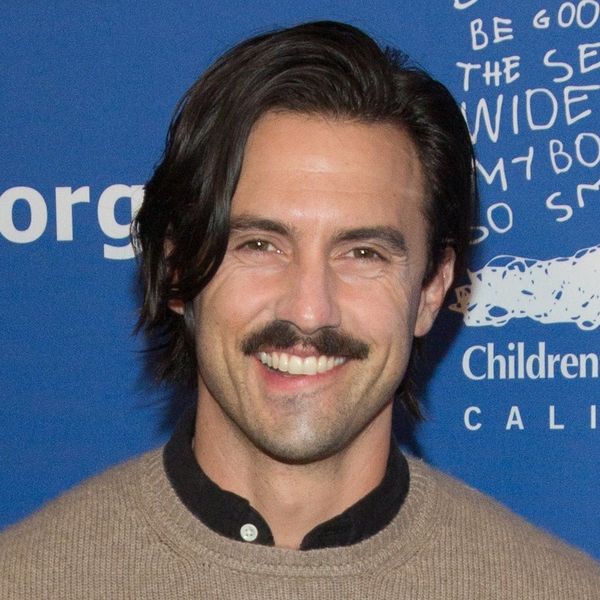 Though we hardcore binge-watched Gilmore Girls: A Year in the Life as fast as humanly possible (and hated saying goodbye once again), we have to admit that we’re still all about Jess. Thankfully, Milo Ventimiglia just keeps on giving us reasons to watch his OTHER hit show, This Is Us. Not only is he an amazing actor, but he also happens to be a super fine-lookin’ fella. And if Milo stripped down and soaking wet on Ellen wasn’t enough, you really need to check out Ellen living out our ultimate Jess-based dream. Seriously, whoa!

If you’re already a fan of This Is Us, you won’t need to be reminded of the emotional scene where Milo’s character does push-ups with his son on his back in order to prove that he, as a father, will always be there for his child. *sniff*

While visiting Ellen once again, Milo not only shared a clip of he and castmates adorably recreating the scene, he also asked if Ellen wanted to give it a go. And, yep, she definitely wanted to try it out. Who wouldn’t?!

After jumping on Milo’s back, she holds on tight while he busts out in an impressive set of push-ups. It’s basically as glorious as you can imagine (and, no, we won’t blame you for picturing yourself in Ellen’s place). To top it off, Milo then climbs on Ellen’s back and gives her a hand while she tries out a few push-ups. Seriously, how many of us have had a dream like this? My, oh, my!

Watch the fun for yourself right here.

Would you be more motivated to do push-ups if Milo was involved? Tweet us @BritandCo!