Emily Blunt’s New Blonde ‘Do Will Have You Reaching for the Bleach, Stat 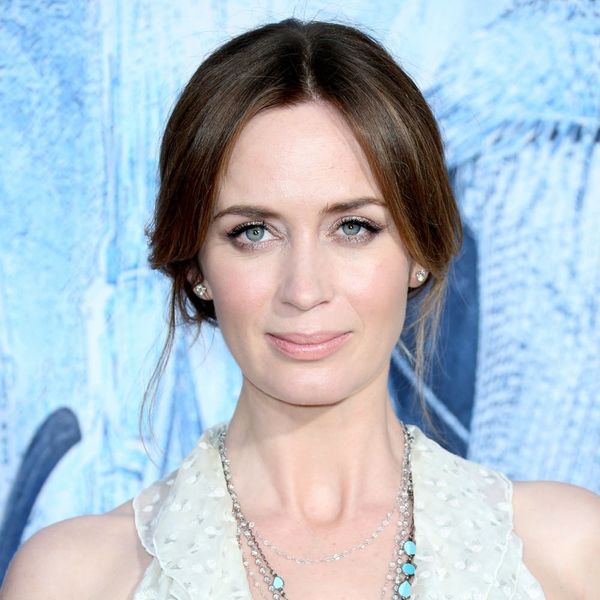 Though Emily Blunt has been been a bit of a hair chameleon for a while now (we’re seen her go from red to brunette to highlighted bronde and back again), we still totally think of her as the sassy auburn assistant we first fell in love with in The Devil Wears Prada.

Which is why it came as such a shock to see her as a full-blown blonde at New York Fashion Week!

The mother of two was on hand in NYC to check out the show at Michael Kors, but instead of the designer’s runway, our eyes were drawn to Emily’s newly flaxen locks.

Much lighter (and brighter!) than the mousy brown hue she rocked for her upcoming role as Rachel in The Girl on the Train (out October 7), we must say: This is an unexpected improvement if we ever saw one.

Which leaves us more confused than ever! After all, how are we supposed to pick a favorite now that we know she looks so positively perfect in every shade of the hair color spectrum? Sigh.

Do you like Emily better as a blonde? Sound off over @BritandCo.

Nicole Briese
Nicole is the weekend editor for Brit + Co who loves bringing you all the latest buzz. When she's not busy typing away into the wee hours, you can usually find her canoodling with her fur babies, rooting around in a bookstore, or rocking out at a concert of some sort (Guns N' Roses forever!). Check out all her latest musings and past work at nicolebjean.com.
Celebrity Hair
Beauty News
Celebrity Hair Hair Color hair dye
More From Beauty News