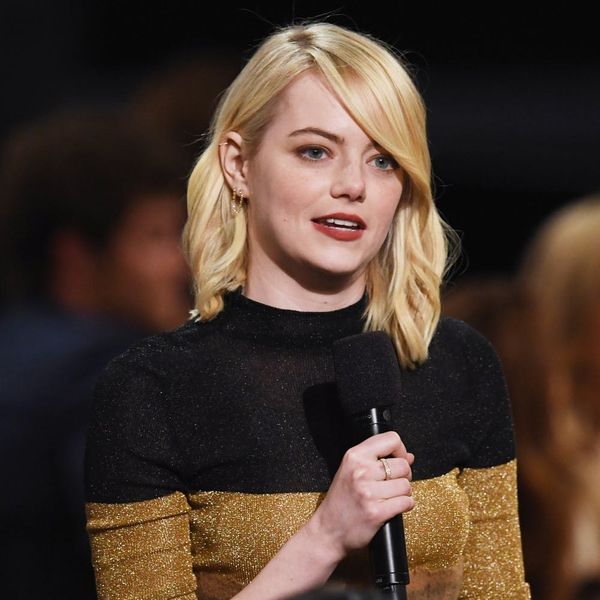 Emma Stone is an Oscar winner and one of Hollywood’s hottest stars, but that doesn’t mean she’s immune to the sexist problems many women unfortunately deal with in their careers. The La La Land actress just revealed in a new interview that her male costars have actually taken pay cuts in order to ensure equal pay.

“In my career so far, I’ve needed my male costars to take a pay cut so that I may have parity with them,” the 28-year-old told Out magazine, revealing that in the quest for equal pay, it’s often her fellow actors stepping up (as opposed to the production companies in charge). “And that’s something they do for me because they feel it’s what’s right and fair.”

She continued by saying, “[G]etting equal pay is going to require people to selflessly say, ‘That’s what’s fair.’ If my male costar, who has a higher quote than me but believes we are equal, takes a pay cut so that I can match him, that changes my quote in the future and changes my life.”

While this might sound like a slight exaggeration, it’s not. At all. Stone is completely right when she points out that gaining equal pay gives her a platform to insist on proper pay in the future — not to mention the fact that it can help set a precedent for other women’s pay in the industry.

What do you think about the fact that Emma Stone’s male costars have had to take pay cuts to ensure she gets paid fairly? Let us know @BritandCo!