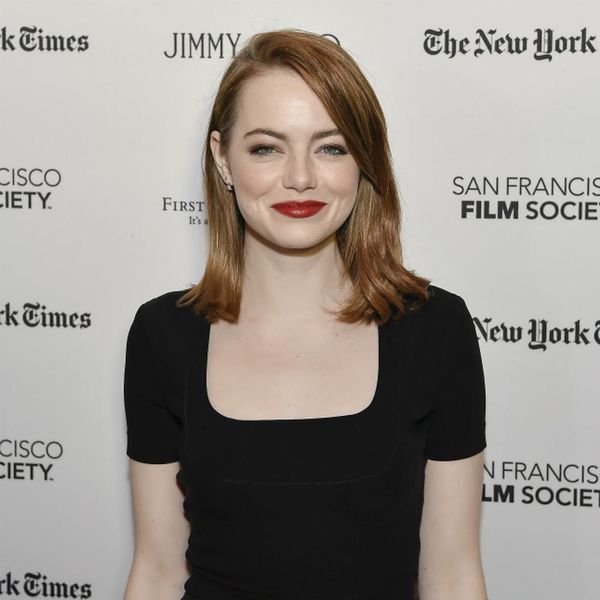 We all are fully aware that in 2016, sexism is still alive and well in the workplace. Women still aren’t paid equally to our male colleagues, and we regularly face obstacles climbing the corporate ladder. Hollywood has its own set of problems, which has been touched on time and time again. Less discussed, however, is how this sexism affects women in their day-to-day at work. We know that sexism makes women feel less creative at work, but we’re skirting one major issue: that women’s ideas are often stolen by male colleagues. Now, Emma Stone is admitting that this has always been a major problem with her career.

In an interview with Rolling Stone Magazine, the actress admits that she has always had a hard time on set. If a director isn’t silencing her by telling her her ideas aren’t any good, they are stealing her jokes and handing them off to her male costars.

“There are times in the past, making a movie, when I’ve been told that I’m hindering the process by bringing up an opinion or an idea,” the actress said. While she hesitates to say it’s only because she’s a woman, she admits, “…there have been times when I’ve improvised, they’ve laughed at my joke and then given it to my male costar. Given my joke away.”

While we are fully aware of things like this happening, it’s pretty awful to hear it all laid out like this. We often think of our favorite celebrities as being above the reach of such blatant sexism, but they clearly are not, which is not only scary, it also really sucks the hope out of us regular people ever getting ahead.

Maybe with more celebs speaking out on such blatant sexism, the guilty parties will see how awful their behavior is and we’ll see less admissions like Emma Stone’s.

How have you encountered sexism in the workplace? Tell us @BritandCo!