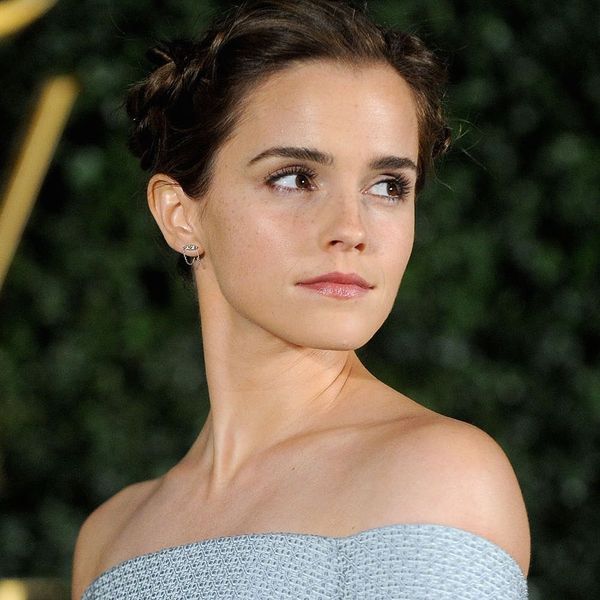 The recent string of computer hacks and thefts of female stars’ photos are proving to be one of the worst — and most invasive — side effects of being a woman in Hollywood. Amanda Seyfried, Jennifer Lawrence, and Leslie Jones have all recently fallen victim to cruel photo hacks. And now, just a couple of days shy of the release of her next movie, Beauty and the Beast, Emma Watson has become Hollywood’s most recent victim of photo theft.

Dozens of photos were stolen and posted on the web forum 4chan yesterday without permission from the star. “Photos from a clothes fitting Emma had with a stylist a couple of years ago have been stolen. They are not nude photographs,” a spokesperson for Emma says.

Maturing from Hermione to Belle in @beautyandthebeast is a true coming-of-age story for @EmmaWatson: "I couldn't care less if I won an Oscar or not if the movie didn’t say something that I felt was important for people to hear." Read the full cover story at the link in bio. Photograph by Tim Walker.

shoot in which part of her breast is exposed. Emma’s an adamant feminist, as evidenced by her 2014 United Nations campaign, He for She, and she was quick with a rebuttal regarding the outrage. “It just always reveals to me how many misconceptions, and how many misunderstandings there are, about what feminism is. Feminism is about giving women choice. Feminism is not a stick with which to beat other women with. It’s about freedom,” Emma says in a

What do you think of celeb photo theft? Tweet us @BritandCo and let us know!