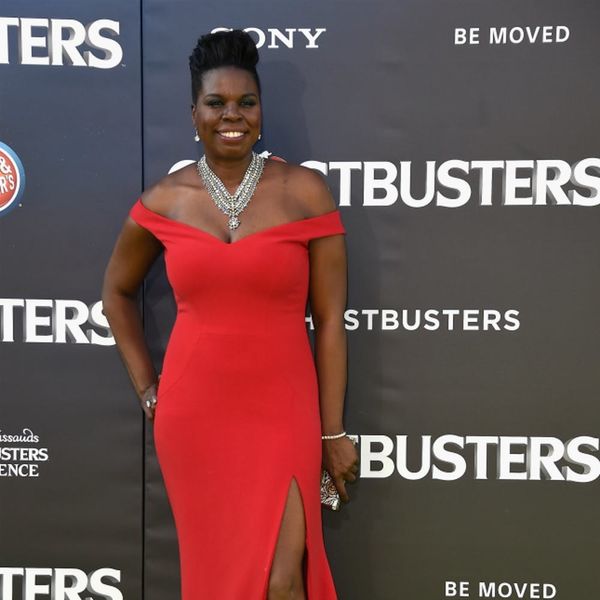 People have been going after the amazing Leslie Jones on Twitter for a while now. As an avid Twitter user, Jones was singled out by trolls upon the release of her movie Ghostbusters, and it looks as if every time she gets a little bit of work, like helping NBC with the Olympic coverage, these online bullies are out in full force. In the latest, her website was hacked and personal info, nude photos and more were released to the public. Unsurprisingly, many celebrities have spoken in solidarity with Leslie, but the best one came from Katy Perry.

Why is this tweet so important? Katy points out that all the attacks on Leslie are misogynoir — a term that explains a certain type of hatred toward black women in particular. Notice that none of Leslie’s co-stars in Ghostbusters are being bullied this way? Katy is telling it like it is, hopefully opening more eyes to the awful attacks Leslie’s been exposed to in the last few months.

But Katy isn’t the only celebrity standing with Leslie.

Her Ghostbusters director had a lot to say:

What's happening to @Lesdoggg is an absolute outrage. Alt right, haters, trolls, "comedians," whoever the fuck you all are, you're just sad.

And a bunch of her SNL castmates voiced their concern:

so angry, disgusted and sad about this racist violent assault on leslie.

May many (more) bad things befall the cowards who've attacked my friend, @Lesdoggg. They are the worst of humanity, where she is the best.

And all around, celebs have been so kind and willing to talk about this bullying.

This @Lesdoggg attack is troubling. The rampant racism percolating in society right now is shameful and sad. She made a movie, that's it!

We’re glad to see more and more celebs speaking up for each other. Hopefully, their words will help their fans speak up against bullying, misognynoir and attacks both personal and public.

What do you think about the Leslie Jones hack? Tell us @BritandCo!

Kat Armstrong
Kat has been a writer, social media maven and mom for longer than she's willing to admit. She's also spent time in front of and behind the camera, interviewing celebs, politicians and acting as a producer for fashion and artistic photography shoots. When she isn't writing for various orgs and publications, she's hanging with her kids, husband and French Bulldog, Peter, in Toronto, Canada.
twitter
Celebrity News
twitter
More From Celebrity News