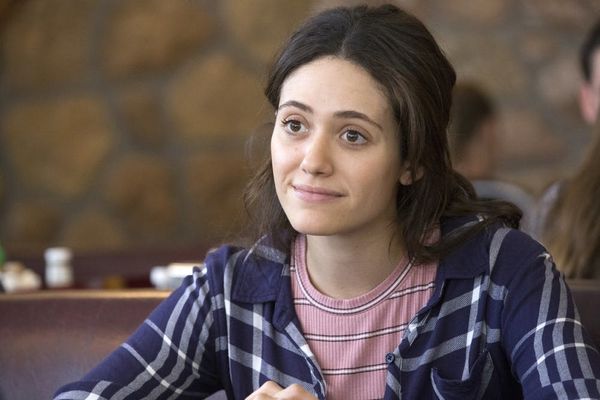 UPDATE: Showtime confirmed Rossum’s departure in a statement to Brit + Co on Thursday afternoon. “We were saddened when Emmy Rossum let us know that the upcoming ninth season of Shameless would be her last,” Gary Levine, president of programming, said in the statement. “But we are filled with an overwhelming sense of joy and gratitude for Emmy’s inspired work on our series, of course in front of the camera but also behind it. Fiona Gallagher will always be one of Showtime’s iconic characters, and we applaud Emmy for bringing this character to life in such a natural, touching, and fearless performance. On behalf of everyone at Showtime and her millions of fans, we thank you Emmy!”

Shameless showrunner John Wells also thanked Rossum, saying in a separate statement, “Emmy Rossum will forever be part of the Shameless family. She has been integral to the show’s success, from her wonderful portrayal of Fiona to her leadership role on set, as well as directing multiple episodes of the series. We are hard at work now creating a season 9 finale for Shameless which we hope will provide a Gallagher-worthy sendoff for Fiona that honors the great work Emmy has done. It is always bittersweet when an ensemble member decides to move out of the proverbial house, but our door will always remain open for Fiona to return home for a visit, or to move back in. I look forward to continuing the stories of this wildly unpredictable family and all of us on Shameless will miss Emmy and her wonderful Fiona.”

After eight years of playing Fiona Gallagher on Shameless, Emmy Rossum may be ready to say goodbye. The actress took to Facebook on Thursday, August 30, to share an emotional post that suggested she’s leaving the show behind.

“This business is always an adventure, full of travel and opportunities to tell stories,” she wrote alongside a photo of herself and her costars. “Usually as an actor, every few months, you travel to a new place, start a new project, build a new character, learn new rhythms, new inside jokes with your crew, make new friends.”

Those connections gave Rossum, an only child, the big family she never had in real life. “Being ensconced in that messy Gallagher family love is something I’d always dreamed of,” she wrote. “But even off set, it feels real. … This kind of stability, this family, has nurtured me and made feel safe enough to stretch and grow creatively.”

“The opportunity to play Fiona has been a gift,” she continued, speaking of her role on the show, which has captivated loyal fans since 2011. “There are few characters — female or otherwise — as layered and dynamic. She is a mother lion, fierce, flawed, and sexually liberated. She is injured, vulnerable, but will never give up. She is living in an economic depression, but refuses to be depressed. She is resourceful. She is loyal. She is brave. I knew it the second I read the pilot script, this was different, this was special. … Quite simply, the last eight years have been the best of my life.”

She then revealed that the series “will continue on without [her], for now,” writing, “There is much more Gallagher story to be told. I will always be rooting for my family. Try not to think of me as gone, just think of me as moving down the block.”

The details around Rossum’s apparent departure are unclear, but Brit + Co has reached out to Showtime for more information. She’s next set to appear in 2019’s Hard Powder (the snow plow movie) with Liam Neeson and Laura Dern.

Do you think Shameless can go on without Emmy Rossum? Let us know @BritandCo.