How Emoji Is About to Take Over the Fashion World 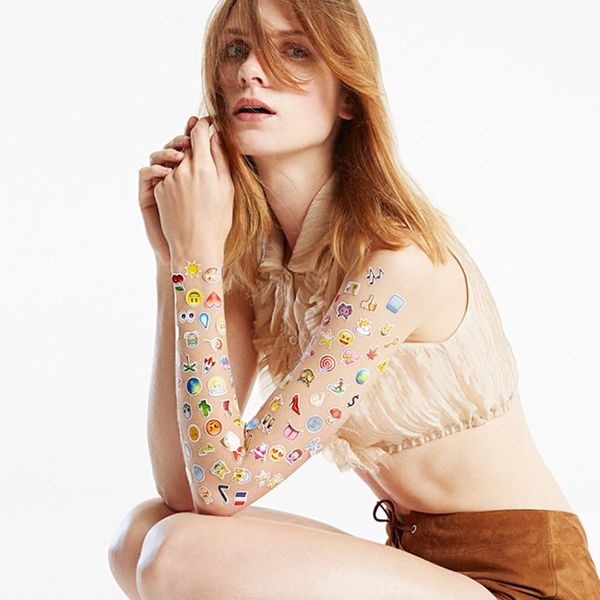 Emoji, emoji, emoji. We’re all about them. When they aren’t taking over our smartphone’s keyboard, they’re inserting themselves into every other aspect of our lives. From music videos to Halloween costumes, the symbols are actually what run the world (sorry, Beyoncé). After popping up on everything as far out as flannels + slippers last year, the NYMag–dubbed “wordless tongue” are now tackling the next obvious outlet: high fashion.

Emoji stickers made their presence known by popping up on + alongside model Maria Lok in the March issue of L’officiel Paris. The Tom de Pernet-spread is filled with everyone’s favorite symbols (smileys, hearts, lips and even anchors) everywhere from Maria’s clutch to her neck, arms and ankle. Yep, it’s official: stickers are in for 2015, ya’ll ;)

Not only do we think this fashion spread makes emoji look subtle haute couture, we’re pretty confident any gal could rock some emoji pieces alongside their shift dresses + ponytail this spring. As Tim Gunn always says, “Make it work!”

Will you be implementing emoji into your looks? Let us know in the comments.