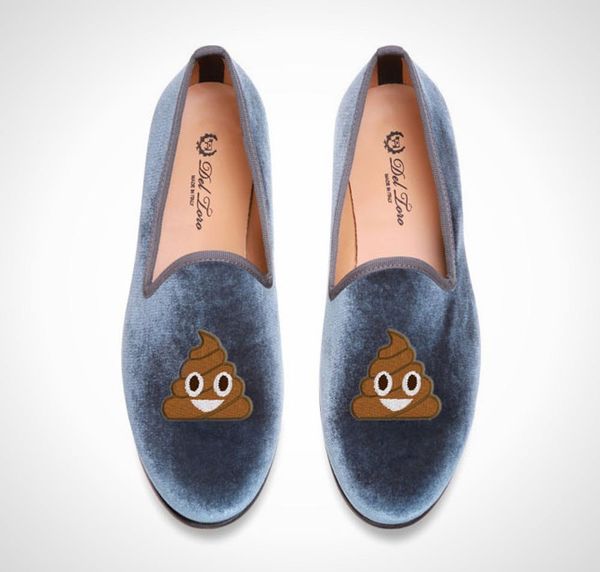 We sent them. We ate them. We wore them. There were so many ways emoji brought joy to our lives, saying so much with a tap here and swipe there. While we can’t wait to see how 2015 will take emoji to the next level, we’re looking back on our favorite emoji moments from this year now!

1. Cook With Emoji: Yes, you can search recipes with emojis now.

2. Wearable Emoji: Emoji jumped from the screen to adorn our necks, ears, wrists and more — and we loved every piece.

3. Nick Offerman’s Hand-carved Emoji: Give us all of the emoji faces you can make, please and thank you.

5. And Even More Halloween Decor: Pumpkin carving, schmarving. Paint and printables were the best thing that happened to traditional Halloween doorstep decorations.

6. Bitmoji: Those little yellow faces are so last year. If you haven’t yet, design your own emoji avatar and make it say (or feel) all the feels.

7. Music Videos Starring Emojis: This is the closest we’ll get to a revival of Pop-Up Video, kids of the ’90s. Embrace it.

8. DrawType: Can’t stop doodling? This app lets us draw anything we wanted to turn into an emoji. This is the best pizza invite we’ve ever received, hands down.

9. Bill Nye the Science Emoji Guy: Bill! Bill! Bill! Bill! In less than two minutes, the scientist we all grew up with and have loved since childhood explains everything with our beloved tiny characters. *mind blown*

10. Taco Emoji (Kinda): We’ll take any opportunity to have a taco for breakfast, lunch or dinner. So naturally we threw emoji confetti when Julia Hefferman designed one for GroupMe messaging.

11. Emojiary: Here’s a new way to document your days in 2015. (That memoir isn’t going to write itself.) Take a cue from Andy Cohen and kickstart your day-to-day chronicles with this free app that asks you how you’re feeling each day.

12. 3D Printed Emoji: The folks from Good Custom Goods brought the best emoji expressions to life with a 3D printer. You can get your hands on your fave emoji to keep you company at your desk or spruce up a bookshelf for $20. The entire set goes for $360.

13. iDiversicons: After a petition was posted on DoSomething.org in August for emoji to more closely resemble realistic skin tones, the Unicode Consortium released a proposal with draft skin tones for changes to the Unicode Standard, which won’t be set until June 2015. Thankfully a mother-daughter team released iDiversicons with a new population of characters to personalize our texts.

14. LOLy: Fashionistas rejoiced when this line of uber stylish icons was released

15. Emoji Slippers: Oh and then remember that one time you could buy a pair of slippers with the poop embroidered on them for… $340?!?!?! Yeah, 2014 was outrageously awesome like that.

What was your favorite way to use emoji this year? Tell us in the comments.

Maureen Luyun
Maureen is a writer and brunch enthusiast laughing way too loudly in Texas. If she isn't voraciously turning the pages of the latest celebrity memoir, she's probably picking up a new skill to use for a DIY project. Shopping (online and off) is her cardio, and as an avid advocate for the handwritten note, she loves to send (and receive) snail mail. Like Kanye West once tweeted, sometimes she gets emotional over fonts.
Emoji
Tech
Emoji new year
More From Tech