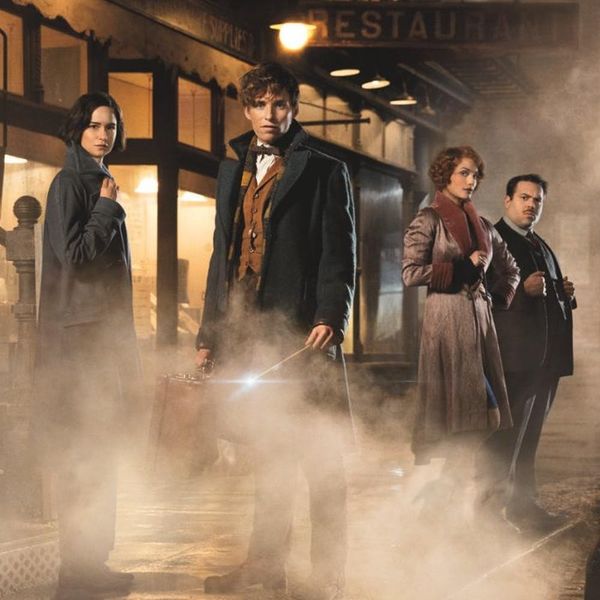 There are plenty of reasons to be excited about Fantastic Beasts and Where to Find Them (and one reason to be a little unsure about it). The return to the wizarding world, set in 1920s New York City, will see wondrous creatures, masterful magic and even a potential war between magical folk and muggles. Now, there are two other reasons to be excited about this fantastical franchise — one reason that’s awesome and another that’s totally terrifying.

With a total of five Fantastic Beasts movies slotted to take us through the full story, JK Rowling has revealed that the fictional tale will take place over a period of 19 years (woo!).

The first movie will begin in 1926, with a 29-year-old Newt Scamander (played by Eddie Redmayne). Dumbledore will also make an appearance, as will his nemesis, Gellert Grindelwald (which is the role Johnny Depp will be stepping into), with both characters being in their 40s at the time.

Grindelwald and Dumbledore famously fought in a wizard’s duel in 1945, which just happens to be the year that Voldemort finished at Hogwarts. The evil figure was also born on December 31, 1926, the same year Fantastic Beasts begins.

With the link to the Harry Potter and Fantastic Beasts worlds being hinted at so clearly, we have to wonder where we’ll end up when the tale comes to an epic end.

Are you excited to see nearly two decades of the Fantastic Beasts story? Tweet us @BritandCo!